Acting President Constantino Chiwenga was gifted a US$75,000 Mercedes Benz E350 by controversial petroleum tycoon Kudakwashe Tagwireyi, and also received a US$120,000 Lexus LX 570 under the government’s opaque Command Agriculture programme bankrolled by Tagwireyi’s Sakunda Holdings, his lawyers have disclosed in court documents. 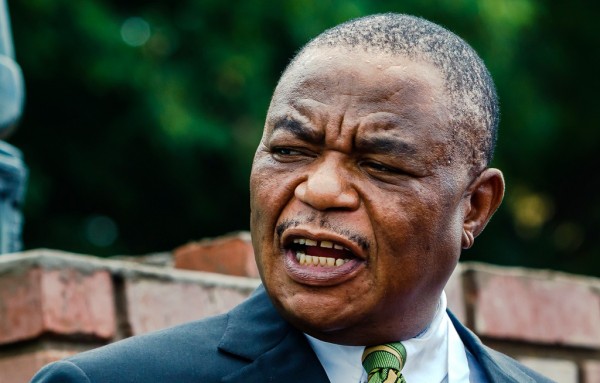 Chiwenga made the admission while contesting an application by his estranged wife, Marry Mubaiwa, to be granted access to several properties after the former army general sent soldiers to block access to properties the couple own, denying her access to their three children and personal items including clothes.

The 38-year-old former model said in a court filing last week that Chiwenga had turned her into a destitute after she was released from prison following her December 14 arrest on charges of money laundering and the attempted murder of her husband in a South African hospital in July.

She returned to the matrimonial home in Borrowdale Brooke but was denied access. She said soldiers had also been deployed to her business premises in Domboshava where the couple is building a private hospital, while some of her personal belongings had been taken away from the Orchid Gardens by a “military vehicle”.

Chiwenga, through his lawyer Wilson Manase, is contesting his wife’s claim to several vehicles, and also denies that she is destitute.

But his revelations on how he came to be in possession of some luxury vehicles will reignite debate around the Command Agriculture scheme, and allegations of “state capture” which have dogged Tagwireyi.

Mubaiwa claimed in her court filing that the Lexus was her regular vehicle, but Chiwenga says in response that it given to him “under the Command Agriculture programme to supervise the programme countrywide.”

Chiwenga, as vice president, already has over a dozen official vehicles allocated for his use by the state. It is not clear why he had to be allocated another vehicle under Command Agriculture, through which a parliamentary committee said USD$3 billion was spent between 2017 and 2018, without any paper trail.

Ncube has since revised the model. Instead of Sakunda providing the whole funding as a loan to the government, farmers will now access finance directly from three commercial banks, with government only providing the necessary guarantees.

Tagwireyi, the local partner of Trafigura of Singapore, is also shown in the court documents to have given Chiwenga a Mercedes Benz E350 “as an escort vehicle for the children”.

The revelations will raise fresh questions about Tagwireyi’s influence over the country’s top politicians which has led to allegations that he has “captured the state”.

In 2018 when President Emmerson Mnangagwa announced his new Cabinet in which he dropped several top Zanu PF figures like Patrick Chinamasa and Obert Mpofu, he said that these senior officials would be re-assigned to the party’s headquarters with the same perks as ministers. It was Tagwireyi who bought over a dozen Toyota Land Cruiser V8 vehicles – the same as those issued to ministers – for issue to the dropped former ministers who were given Zanu PF portfolios.

Last year in September, Sakunda’s bank accounts were temporarily frozen after the company was accused of pouring huge sums of money into the parallel forex market to mop up United States dollars, in the process almost collapsing the country’s currency.

The accounts were later quietly unfrozen, and no action was taken against Tagwireyi or his companies.