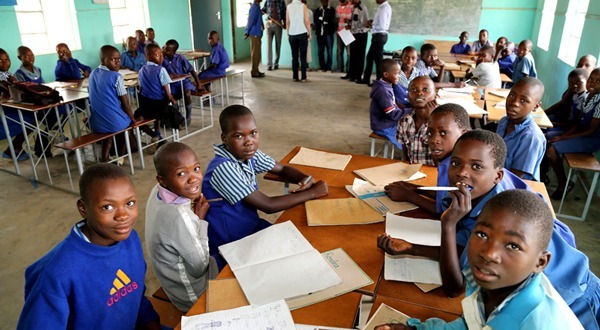 TEACHERS have rejected the government’s 40% salary hike offer, describing it as a mockery, vowing not to return to work until their employer pays them meaningful salaries.

Government on Tuesday proposed a 40% salary hike for all its workers and a 10% risk allowance to teachers as a way of enticing them to end the job boycott that started in September when schools reopened for examination classes, throwing schools into chaos.

According to Information minister Monica Mutsvangwa during a post-Cabinet Press briefing, the 40% salary hike will be awarded to all grades below director level.

But teachers yesterday scoffed at the government offer that will leave them earning $18 237, which they said was grossly inadequate.

“Incapacitated teachers have rejected the 40% salary increase offered by Cabinet on Tuesday, the increase is procedurally defective and grossly insufficient in quantum,” Progressive Teacher of Union of Zimbabwe (PTUZ) president Takavafira Zhou said.

“Salaries and conditions of service are subject to bargaining between the employer and workers and not a product of employer machinations. Government attempts to render unions useless must be rejected in toto.”

He said the PTUZ was ready for meaningful dialogue with the government.

Government has been resisting increasing salaries for reachers, with Labour minister Paul Mavima, saying such a move would trigger inflation.

Schools opened on Monday for the final phase with pupils being turned away because teachers did not report for duty. The teachers are demanding US$520 per month.

“We remain worried at government’s reluctance to pay its workers in forex at a time the economy has dollarised,” Zhou said, adding the 40% salary hike would not improve the standard of living for the struggling teachers.

“The government is also silent on prioritisation of health and safety of teachers and pupils, more so given cases of COVID-19 in schools. In light of the foregoing, the best foot forward for incapacitated teachers remain the incapacitation modus operandi until we are capacitated.”

Zhou urged parents to keep their kids in the safety of their homes. He reiterated that the educators would not be intimidated by the steps taken by government to record names of absent teachers in order to dock their incomes.

“We urge school heads to resist submission of names of incapacitated teachers to any office. We urge all teachers to rise and be counted in our incapacitation struggle. The darkest hour is just before dawn,” he said.

“We implore government to engage leaders of teacher unions in order to find a holistic solution to the current impasse in schools.”

He added: “We reiterate that no amount of threats and brutality can force teachers back to their workplaces. Dialogue and capacitation are the only means available, and the sooner they are employed the better for the education system in Zimbabwe.”

“The rural teacher is doubly incapacitated as mobile money prices treble because they move further from cities. Another issue is that providers of services like transport who ply the remote, dirt roads ask for US dollar or
rand.

Asked for comment, Primary and Secondary Education deputy minister Edgar Moyo said he was not aware of the 40% pay offer, and would not comment on issues circulating on social media. He directed questions to the ministry spokesperson Taungana Ndoro, who in turn referred questions to the Labour and Social Welfare ministry.

“We cannot even speak about it because it has not come out of any negotiation, so we really don’t know anything about it because we believe that you don’t have to unilaterally announce a salary increment.”