LAWYERS representing freelance journalist Hopewell Chin’ono were on Thursday 12 November 2020 working on filing an appeal at the High Court against Harare Magistrate Marehwanazvo Gofa’s decision to deny him bail. 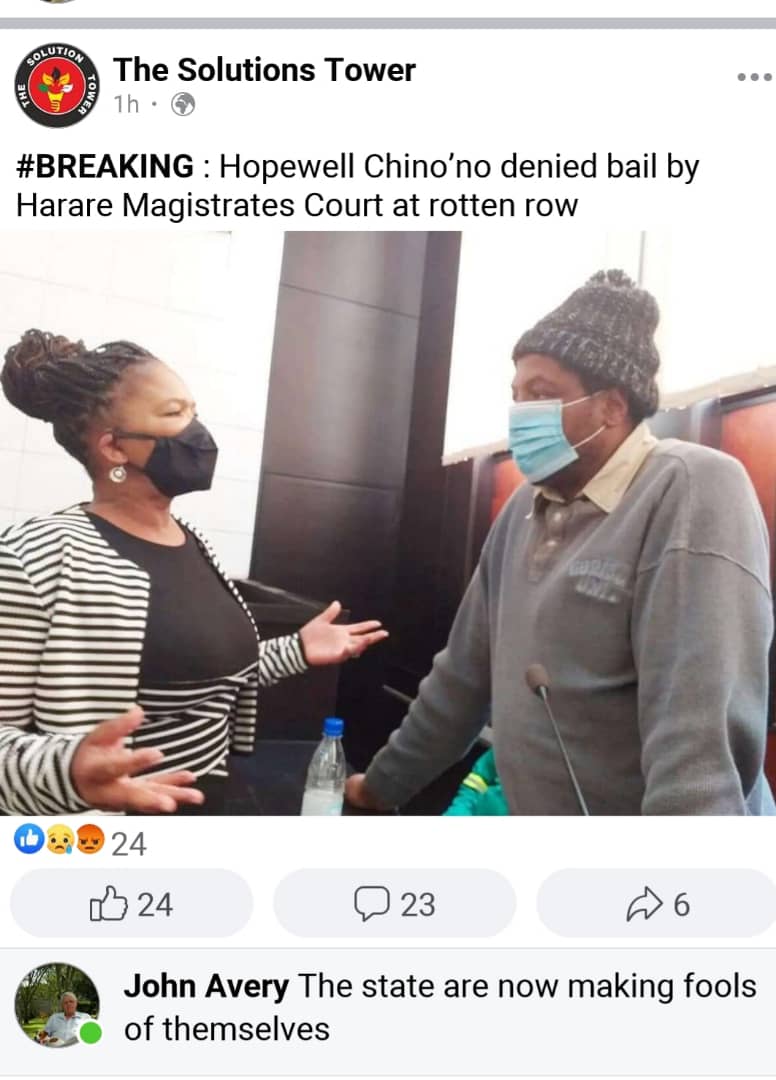 Magistrate Gofa dismissed Chin’ono’s application for bail and ruled
that the award winning film-maker had a propensity to commit offences
and hence should be kept detained in prison.Magistrate Gofa’s decision came after Chin’ono’s lawyers Beatrice
Mtetwa, Gift Mtisi and Doug Coltart of Zimbabwe Lawyers for Human
Rights asked her to release the journalist from prison on bail as he
would be ready to stand trial on charges of defeating or obstructing
the course of justice as defined in section 184 of the Criminal Law
(Codification and Reform) Act.

Prosecutors alleged that Chin’ono posted a message on his Twitter
account intending to prejudice the matter in which Zimbabwe Miners
Federation leader Henrietta Rushwaya is currently appearing at Harare
Magistrates Court on charges of smuggling gold out of Zimbabwe.

Chin’ono, prosecutors charged, created some communication lines with
some unnamed National Prosecuting Authority (NPA) officers and got
confidential prosecutorial deliberations which he published on Twitter
on 25 October 2020 to the effect that Rushwaya was going to be granted
bail without any opposition by NPA officers.

By claiming to be engaged in a relationship with the NPA, prosecutors
said the freelance had jeopardised the integrity of the case against
himself and that of Rushwaya. Chin’ono returns to court on 26 November
2020.

Apart from the case of defeating or obstructing the course of justice,
Chin’ono will stand trial from 7 to 9 December 2020 before Harare
Magistrate Ngoni Nduna on charges of inciting people to revolt against
President Emmerson Mnangagwa’s administration during some
anti-government protests called for in July.