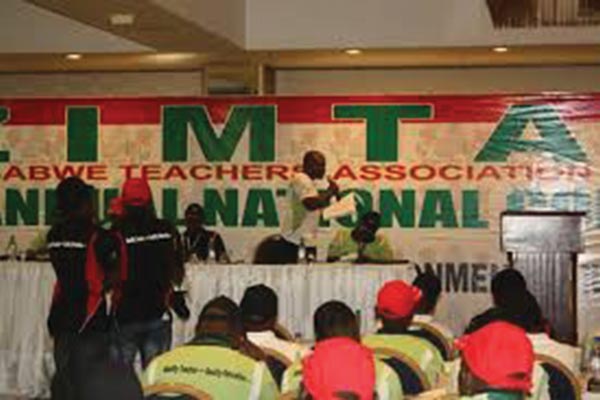 BY MIRIAM MANGWAYA/ METHEMBE SIBANDA
TEACHERS unions have accused government of deliberately delaying the formal registration of their umbrella body, Federation of Zimbabwe Educators Union (Fozeu) as part of a plot to keep them divided.

The unions said they had made several attempts to formally register Fozeu with the Public Service Commission to no avail.

Fozeu chairperson, who is also ARTUZ president, Obert Masaraure told NewsDay that the unions were determined to form a coalition so that they spoke with one voice whenever they approach government with their demands.

“The meeting was informed about the difficulties that have been faced in an attempt to officially register Fozeu,” Masaraure said.

“On more than five occasions since the Fozeu constitution was first submitted, it has been returned with suggestions for various changes, and the latest being that we should remove border lines on the document. There has been divided opinion on the strategy to success.

That necessitates the need to form a united front.

We need to strengthen our voice so that government does not have different responses to the multiple approaches by teachers to have their demands met.”

Public Service minister Paul Mavima said he was not privy to the issue.

“The registrar is better placed to respond to your questions,” he said.

Fozeu members resolved to take legal action against government and the Zimbabwe Confederation of Public Sector Trade Unions, a trade union body, over its transformation from the Apex Council.