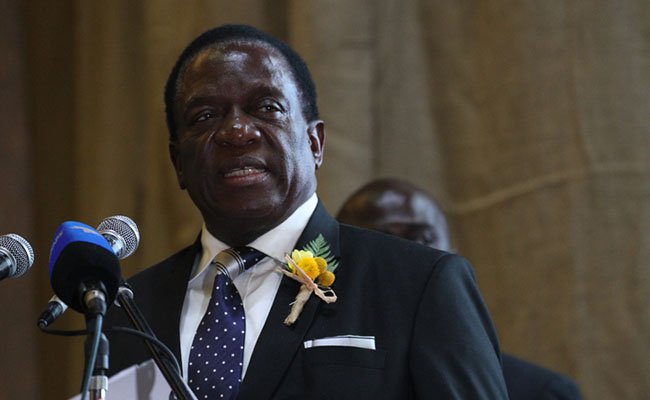 HARARE – Far from throwing in the towel, the Team Lacoste faction is
mulling throwing the name of Water and Climate Change minister Oppah
Muchinguri-Kashiri for the post of vice president in case their trump card
in the succession race, Emmerson Mnangagwa, is jettisoned from his
position through the planned amendments to the party’s constitution.

Impeccable Team Lacoste insiders told the Daily News on Sunday that allies
of the embattled vice president were coalescing around Muchinguri-Kashiri
as their fallback position in the event that a resolution by the Zanu PF
women’s league to elevate a woman into the presidium is pushed through at
the extraordinary congress set for December.

In 2015, the women’s league demanded that one of their own be made a vice
president of the party and the Republic.

The resolution has since gained currency, with eight out of the country’s
10 political provinces declaring their desire to vote with their feet for
the amendment of the party’s constitution to achieve some semblance of
gender parity in the top echelons of Zanu PF.

While First Lady Grace Mugabe is seen as the favourite for the post on
account of her position as secretary for the women’s league, alarmed
rivals in the Team Lacoste faction are digging their heels in, insisting
the leadership of the party should not be tampered with ahead of key
national elections next year.

Seeing that the odds are heavily stacked against them, they have come up
with an alternative plan whereby they now seek to campaign for
Muchinguri-Kashiri to become the second female to occupy the top office,
after Joice Mujuru between 2004 and 2014.

Highly-placed sources in the Midlands and Masvingo provinces – the
bedrocks of support for the Team Lacoste faction – the whole idea is to
secure their broader interests beyond Mnangagwa, who has fallen out with
the first family.

“The idea is to swim with the tide but control the ship,” said a source.

“We are aware that our provinces cannot openly defy the president and so
behind the scenes we are making moves to ensure that Muchinguri is
nominated as the woman’s vice president. After all, there is no one who
can claim to be more senior than her”.

Muchinguri-Kashiri, who was one of the key party officials who
orchestrated the downfall of former vice president Mujuru, is a key ally
of Mnangagwa.

Born on December 14, 1958, she was one of the female combatants who
participated in the liberation struggle that brought about Zimbabwe’s
independence in April 1980.

She received her military training in Mozambique and worked as President
Robert Mugabe’s private secretary between 1980 and 1981. She earned her
first ministerial appointment in 1997.

In 2014, she gave up her leadership of the Zanu PF women’s league to allow
Grace to assume the post.

Despite her act of magnanimity, many people feel that she was not rewarded
appropriately for, presumably because of her association with Mnangagwa.

Although she has retreated into her shell since 2014, Muchinguri-Kashiri,
who could not be reached for comment at the time of going to print as her
two mobile numbers were unreachable, is now emerging as the Trojan horse
of the beleaguered Team Lacoste faction, which is fighting a bitter war of
attrition with the rival Generation 40 (G40) faction over Mugabe’s
succession.

The G40 faction is pushing for Mugabe’s wife to replace Mnangagwa, who
enjoys the backing of the Team Lacoste faction.

While Masvingo and the Midlands provinces are still vouching to lobby for
the maintenance of the status quo in the presidium, realists within the
Team Lacoste faction believe Mnangagwa has already lost the battle hence
they are converging around Muchinguri-Kashiri to ensure they do not lose
the war.

Despite enjoying ZNLWVA’s support, Team Lacoste has work cut out for it.

To start with, it lacks the numbers in the main wing to push through its
agenda. Secondly, the other critical wings in the party – the women and
youth leagues – are clearly in support of the constitutional amendments.

Also, the final decision rests with Mugabe, who is the sole appointing
authority in Zanu PF.

Political analysts this week said Muchinguri-Kashiri could have had a
realistic chance of landing the post if it was elected for.

“It should also not be forgotten that the one centre of power philosophy
means that only president Mugabe has the wherewithal to decide who gets
the position, so they can as well push for an amendment to the
constitution so that it becomes an elective position, to increase her
chances,” said Eldred Masunungure, a political scientist.

Maxwell Saungweme, a political analyst, said while Muchinguri-Kashiri had
greater substance than Grace, odds were heavily stacked against her.

“Unless there is a clear show of defiance against the first family by a
significant number of Zanu PF supporters, Oppah will not succeed,” said
Saungweme.

“She certainly has more substance and better political maturity than
Grace, but winning the post would mean Zanu PF supporters openly revolting
against Mugabe and his wife. Grace’s controversial PhD did not help her
get a modicum of political maturity and she would not stand against a
seasoned politician like Oppah if there was internal democracy in Zanu
PF,” he added.

Rashweat Mukundu, another political analyst, said as long as
Muchinguri-Kashiri comes as a Team Lacoste candidate, her chances would be
very slim.

“If it rings as a Lacoste plan, then her chances are dimmed by factional
shadows. This, as it may, she is a senior party leader and an ex-combatant
whose credentials no one can deny,” he said.