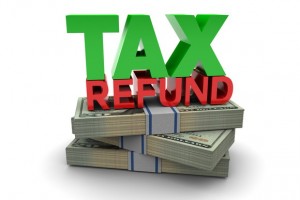 “It takes forever and you have to be lucky to get a refund. It’s affecting companies’ cash-flows.”

COMPANIES have expressed concern over delays by the country’s tax collection agency, the Zimbabwe Revenue Authority (ZIMRA), in processing tax refunds, which they said created cash-flow problems for businesses.

This emerged at a BDO Zimbabwe Chartered Accountants’ business and tax seminar held in the capital last week, where business executives said that frustration over the delays was growing.

Companies are said to be facing delays of up to 12 months or more before getting refunds, a situation which has negatively impacted on cash flows. However, the tax authority says refunds are now subjected to audits, but were still supposed to be processed within two months.

“It’s affecting us badly. If you have a refund, which is supposed to be paid within 60 days, it takes several months or up to a year to be processed. In such cases cash flows are negatively affected,” Raymond Shoniwa, finance executive and company secretary with Beitbridge Bulawayo Railway, told the seminar.

Shoniwa said even in instances where taxpayers repeatedly supplied the documents requested by ZIMRA to complete verification, refunds were still taking longer to be processed.
Maxwell Ngorima, a tax director at BDO Zimbabwe Chartered Accountants, said the situation had deteriorated.

“It’s now an issue to get a refund from ZIMRA,” Ngorima said. “In many cases, businesses are struggling with cash-flow problems, with the ZIMRA sitting on their tax refunds.

“I don’t know what has happened because it seems ZIMRA is getting slower and slower in processing tax refunds. Claims are now taking several months to process. It affects companies’ cash-flows. These delays in repaying tax, to which companies are fully entitled, can cause enormous problems for businesses, especially in this economic environment,” Ngorima said.

“It takes forever and you have to be lucky to get a refund. It’s affecting companies’ cash-flows.”
ZIMRA board chairperson, Willia Bonyongwe, said all refunds were now required to be audited before being processed. She said refunds should be made within two months.
“Some companies took advantage of tax refunds. Now, the new system is that all refunds must be audited first. If they are genuine, refunds have to be done within the stipulated period of two months,” said Bonyongwe.

ZIMRA’s head of technical services, Misheck Gova, agreed with Bonyongwe.
“I am surprised that we have refunds which can take up to 12 months to be processed. The normal process is that it should take up to 60 days for a refund to be paid. I urge companies that are having problems in getting genuine refunds to come and see me so that we can quicken this process of refunds.”
During the first half of the year, ZIMRA’s gross revenue collection before refunds amounted to $1,789 billion, against a target of $1,656 billion. Net collections during the period amounted to $1,701 billion.

In the comparable period in prior year, ZIMRA collected $1,650 billion against a target of $1,755 billion. Its net collections during the first half of 2016 amounted to $1,550 billion.