Tears After The Rain: The Legacy Of The Gukurahundi Genocide In Zimbabwe

Source: Tears After The Rain: The Legacy Of The Gukurahundi Genocide In Zimbabwe – The Organization for World Peace 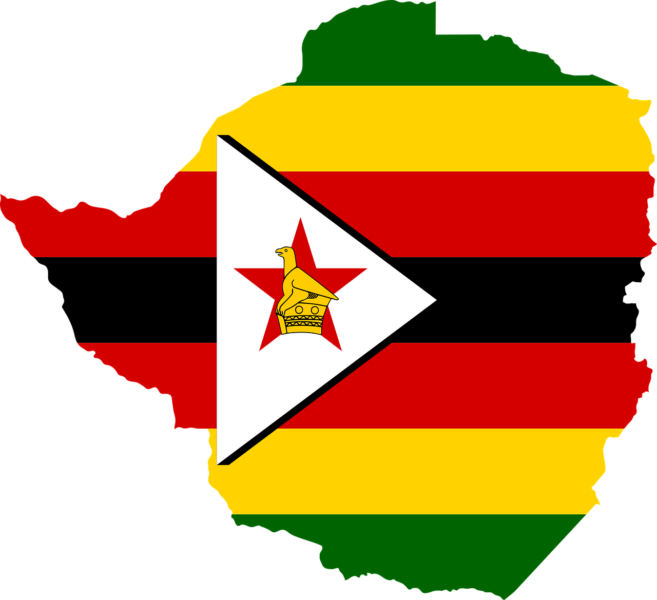 In 1983, Robert Mugabe, then Prime Minister and leader of ZANU-PF (Zimbabwe African National Union – Patriotic Front), launched the final phase of his plan to turn Zimbabwe into a one-party state. He sent the North Korean-trained Fifth Brigade (called “Gukurahundi” in Shona) into Matabeleland to exterminate “dissidents.” What arguably began as an assault to pacify ZAPU’s (Zimbabwe African People’s Union) electoral base quickly degenerated into a four-year ethnic cleansing spree against the Ndebele minority. By December 1987, according to the International Association of Genocide Scholars, approximately 20,000 people had been killed.

Diplomats in Harare, fearing that Mugabe would cut ties with the West and pledge allegiance to the Soviet Union or Communist China if they condemned him too vigorously, turned a blind eye to barbaric crimes taking place in Matabeleland. Historian Hazel Cameron amply demonstrated that the British High Commissioner and British military advisors, despite having access to mounds of information about what was really going on the ground, consistently minimised or ignored the gravity of Fifth Brigade atrocities.

Margaret Thatcher’s Conservative government was much too invested in protecting London’s vast economic interests in Zimbabwe. The Canadian embassy, which compiled reports describing the “military repression, beatings, murders, and widespread hunger” in the region never lifted a finger in protest. Timothy Scarnecchia says South African officials were also well informed but looked the other way and even collaborated with the supposedly anti-apartheid Mugabe to prevent the ANC (African National Congress) from setting up rebel bases in Zimbabwe.

United States ambassador Robert Keeley proved exceptional. He quietly warned Mugabe that Congress would stop sending millions in foreign aid to Zimbabwe if extreme violence persisted in Matabeleland. This feeble intervention forced the Fifth Brigade to change tactics in 1984. Rather than indiscriminately slaughtering hundreds of innocent Ndebele or ZAPU veterans, soldiers began terrorising, arbitrarily detaining, torturing, and raping them into submission instead, according to historian Stuart Doran.

The ZNA (Zimbabwe National Army) soon erected the Bhalagwe concentration camp near a village in southern Matabeleland. Human rights activist Thandekile Moyo claims that inhabitants vividly remember hearing inmates scream all day. The brigadiers set out to make victims infertile. Men had their testicles crushed or electrocuted while women had guns inserted into their genitalia. Torture was deliberately “designed to have devastating effects meant to last for generations.” Soldiers infected women with sexually transmitted diseases like AIDS and traumatised Ndebele men by forcing them to commit incest. This horrific abuse destroyed countless marriages, families, and sanities.

Survivors and witnesses relayed these painful experiences to their descendants in private. Dumisani Ngwenya, director of the Grace to Heal peacebuilding NGO in Bulawayo, is concerned that young Ndebele are suffering from acute transgenerational trauma. This condition, as psychoanalyst Ilany Kogan explains, sees children feeling “compelled to deal with the shame, rage, helplessness, and guilt that the parents have been unable to work through for themselves.”

Historian Jocelyn Alexander argues that hardly anyone in Zimbabwe dared speak freely in public for years about what happened in Matabeleland. The brave few who did were silenced or arrested. Commemorations and memorials at mass graves are still closely monitored at best and desecrated or torn down at worst. Perpetrators like President Emmerson “The Crocodile” Mnangagwa, who led the CIO (Central Intelligence Organization) as it provided intelligence to the Fifth Brigade for targeted atrocities, as Stuart Doran notes, have no interest in initiating a genuine truth and reconciliation process.

Victims never had the chance until recently to safely “work through” past horrors. As a result, young Ndebele today have taken it upon themselves to avenge their parents or grandparents—and aggressively if necessary. Ngwenya noticed an ominous trend: many marginalised Ndebele profess a profound hatred for the Shona majority. Some are quite prone to fantasising about violent retribution or revolution. A raging desire for vengeance is fuelling the rise of the separatist MRP (Mthwakazi Republic Party), which intends to create a fully independent Ndebele Kingdom in Matabeleland.

The genocide poisoned lives in the Zimbabwean diaspora as well. Scholar Duduzile Ndlovu says that thousands of uneducated Ndebele youths had no choice but to leave Matabeleland for neighbouring South Africa or Botswana in the eighties to avoid certain death, persecution, institutional discrimination, or unemployment. Immigrants like Tshengi are scarred by wounds “that can never be healed.” Three soldiers raped her when she was only a teenager. Tshengi became pregnant, dropped out of boarding school, left the child with her mother, and fled to South Africa. Ndebele living and working in Johannesburg are haunted by memories of the brutal murder or humiliation their parents endured.

Moreover, the children of Gukurahundi exiles are trapped in poorly paid service sector jobs and rarely pursue studies beyond secondary school because they lack the documentation required to attend South African universities. Yet exiles, despite dealing with rampant xenophobia and deeply hostile bureaucracies, often have no desire to return home. Mugabe and his successors have, in their view, largely succeeded in transforming Zimbabwe into an intolerant and authoritarian Shona supremacist nation.

The Ndebele, among many others, dread that Mnangagwa might inherit his predecessor’s penchant for ruthlessly dismantling any opposition to ZANU-PF domination. These fears are not unfounded. Mugabe used the Gukurahundi’s savage methods as a blueprint for suppressing dissent throughout his decades-long reign in power. Journalists like Kenneth Good and Peter Godwin revealed how Mugabe wreaked terrible vengeance on Zimbabweans who did not vote for ZANU-PF. In 2005, after losing control of urban areas in parliamentary elections, Mugabe instigated Operation “Drive Out Rubbish”: a quasi-military endeavour masquerading as a massive slum eviction and demolition project. Its real objective was to punish the poor for disobeying the chief. UN reports and envoys concluded that “hundreds of thousands…were made homeless, without access to food, water and sanitation, or health care” and “the total population directly and indirectly affected… [was] about 2.4 million.”

Three years after the MDC (Movement for Democratic Change) posed a serious electoral challenge to ZANU-PF hegemony, the Joint Operations Command (chaired by Mnangagwa) unleashed another nationwide terror campaign to harass, intimidate, or eliminate MDC members. The shadow of the Fifth Brigade’s butchery loomed large as armed militias, police, and Bush War veterans threatened to harm or kill people that backed MDC candidates. Hundreds of militia bases held MDC activists captive and, according to Aids-Free World, ZANU-PF-affiliated youths raped numerous women and children with impunity. One should expect more Gukurahundi-style operations to occur if Mnangagwa faces substantial political or grassroots pressure in future. The Matabeleland massacres continue to fester “at the heart of everything” in contemporary Zimbabwe, as Godwin poignantly observed.

What must be done to prevent the tragic legacies of the Gukurahundi genocide from tearing Zimbabwe apart? If President Mnangagwa is still unwilling to establish a meaningful reconciliation commission, he should consider altering Zimbabwe’s constitution to accommodate growing demands for Ndebele autonomy. Transitional Justice expert Khanyisela Moyo suggests that Zimbabwean legislators and human rights advocates look to the South African constitution for inspiration.

In the early nineties, while the ANC aimed to construct a centralised constitutional framework, white Afrikaners and the Zulu Inkatha Freedom Party agitated for territorial autonomy either within or outside South African borders. To appease potential secessionists and preserve a hard-won peace process, lawmakers inserted amendments into the Interim Constitution which guaranteed “the right to self-determination by any community sharing a common language and cultural heritage.” This compromise could diffuse insurrectionary tendencies in the MRP or PUMA (Patriotic Union of Mandebeleland) and keep instability at bay in Zimbabwe.

Furthermore, removing crippling economic sanctions is needed to alleviate chronic destitution in Matabeleland and will hopefully stop young Ndebele from indulging in retaliatory violence. Rural development researcher Brighton Taruberekera argues that the standard narrative about economic sanctions—that they only penalise specific individuals or institutions and therefore have no bearing on ordinary Zimbabweans—is misleading and conceals their catastrophic effects on the broader population. Zimbabweans are frequently excluded from life-changing opportunities like jobs, awards, scholarships, or fellowships because their country has been blacklisted.

Conducting routine transactions is a perilous task for Zimbabweans abroad. American banks are renowned for blocking or delaying private funds belonging to citizens with no connections to sanctioned individuals. Strive Masiyiwa, founder of telecom company Econet Wireless, recalled that “When sanctions hit the country, every credit line disappeared. You could not talk to anyone, they were shutting down…getting payments from foreign clients means having to jump through hoops.”

The international community, especially the U.S. and European Union, must acknowledge the fact that sanctions accomplished nothing apart from precipitating the collapse of an already impoverished nation. Alena Douhan, UN Special Rapporteur on unilateral coercive measures, admitted earlier this year that sanctions had a disastrous impact “on the enjoyment of fundamental human rights” in Zimbabwe. Lifting restrictions on state enterprises and investment could ease Harare’s siege mentality and gradually improve living conditions in poverty-stricken Matabeleland. Prosperity cannot make amends for the Gukurahundi genocide, but it can mollify extremist sentiments and give the Ndebele time, space, and resources to peacefully pursue their quest for justice and compensation.