Source: Telecel top official booted out – The Zimbabwe Independent May 18, 2018

PROMINENT lawyer and Telecel board director Gerald Mlotshwa has been booted out of the telecommunications firm by the Empowerment Corporation (EC) which holds a 40% stake in the entity, although shareholding is shrouded in controversy, the Zimbabwe Independent can reveal. 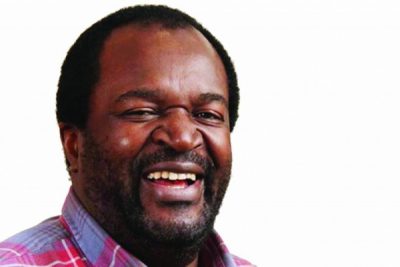 Mlotshwa was nominated to the board of Telecel in 2017 as director in line with the terms of a sale and purchase agreement (SPA) signed between Kestrel Corporation, Ecsponent (Private) Limited and businessman James Makamba in his personal capacity.

The SPA is said to have lapsed, thus the withdrawal of the nomination.

In May, the Independent reported that a renewed ownership wrangle had erupted over the 40% Telecel shares, with Makamba denying that he ever sold his shares to Mlotshwa, saying the prominent lawyer was just his legal counsel.

The story later took a twist with Mlotshwa confirming that they have resolved their differences.

In a letter seen by the Independent dated May 16, 2018, written by Telecel board chairperson Makamba and addressed to the Telecel Zimbabwe chief executive, the company secretary and the directors, Mlotshwa is forbidden from taking any other role at Telecel Zimbabwe.

The subject line of the letter reads: “Withdrawal of nomination of Mr Gerald Mlotshwa from directorship and/or any role on the board of Telecel Zimbabwe Limited by Empowerment Corporation Private Limited”.

According to the letter, Makamba said in terms of the shareholders’ agreement, EC was withdrawing its nomination with immediate effect.

“Pursuant to the terms of a sale and purchase agreement dated 29 May 2017 (the SPA) signed between, inter alia Kestrel Corporation (Private) Limited, as majority shareholder of EC, Ecsponent (Private) Limited and myself in my own personal capacity, EC nominated Mr Gerald Mlotshwa as a director of TZL.

The SPA has since lapsed by virtue of effluxion of time and is now no longer valid and enforceable in the circumstances, in accordance with the terms of the shareholders agreement, EC hereby withdraws its nomination of Mt Mlotshwa as a director of TZL with immediate effect,” read the letter.

Mlotshwa last year emerged a significant Telecel shareholder after he secured Makamba’s 40% shareholding following reports the controversial tycoon had sold his stake in EC to a local consortium that included Mlotshwa and businessman George Manyere.

Makamba, together with women’s empowerment lobbyist Jane Mutasa, owned the majority shareholding in the EC-held shares through Kestrel Corporation.

Mlotshwa is on record as saying he had no issues with Makamba or the other shareholders.

“There was a board meeting yesterday.

The meeting went on extremely well.

There are no issues between myself and Makamba, and shareholders.

“We are now focussed on recapitalising the company, improving its market share and introducing new products in the market,” Mlotshwa said.

Both Makamba and Mlotshwa could not be reached for comment yesterday on this matter.