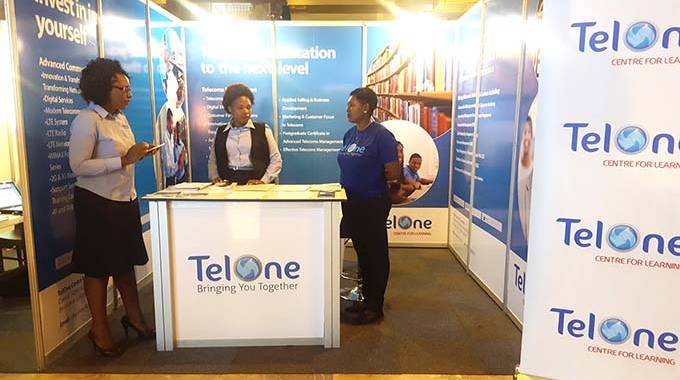 The dismissed workers claim that due process of employment termination was not followed, hence they remained the telecoms operator’s employees over the period they were demanding payment.

Further, they claim that since they were not formally and legally disengaged, unfair labour practice by TelOne had persisted and the two-year window for their right to appeal had not lapsed.

The State-owned fixed network operator, however, insists the workers were duly dismissed for participating in an “unlawful” job action. A total of 1 655 TelOne workers were fired for taking part in the 2004 job action.

The Herald understands some of the dismissed workers have since died, but the bill of claim payment could rise if other dismissed former TelOne workers still alive decide to enjoin in the claim.

In the submission to the Ministry of Public Service, Labour and Social Welfare, the ex-TelOne workers claim compensation totalling $22,857 million emanating from salary arrears of $18,2 million, outstanding bonus of $1,4 million, cash in lieu of leave arrears of $1,4 million and unpaid retrenchment packages, computed in terms of the law, amounting to $1,665 million.

“At all material times, claimants have been employed by the respondent at different grades until October 2004 when they were unlawfully dismissed from employment by the respondent,” the lawyers say.

The 82 workers claimed they engaged in a lawful collective job action back in 2004 following which TelOne dismissed them for “participating in an unlawful industrial action” and  breach of the firm’s Code of Conduct.

However, the workers claim through their legal advisors, Julah Julah Law Chambers that the dismissal from employment was illegal, not unprocedural and was not formally concluded.

“It is respectfully submitted that the dismissal of claimants from employment was unlawful in that no hearings were conducted against them and worse still, they were not served with termination letters of their employment with the respondent (if the) collective job action, which they participated (in), was unlawful.”

Further, the ex-TelOne employees claim that the State-owned fixed telecoms operator further breached provisions of the Labour Act, section 13 Chapter 28:01, on wages and benefits upon termination of employment.

The provisions of this section of the Labour Act speak to compensation of employment upon dismissal of an employee, resignation from employment or incapacitation from performing work or death.

“It is manifestly clear from the above provision that it is trite that employees should be paid their benefits and other outstanding monies upon their dismissal as is in the present case.

“It is humbly submitted that claimants were not paid their benefits pursuant to their lawful dismissal and the same are still due and outstanding,” the workers asserted in the claim submission.

The workers said in June 2015, they approached TelOne demanding payment of the “outstanding dues”, but the company declined and advised

the claimants to approach relevant courts for redress.

Apparently, TelOne was riding on the strength of a “successful” appeal at the Supreme Court, against an earlier judgment (by High Court), that TelOne was within bounds when it fired the workers.

TelOne fired the workers for allegedly participating in an “unlawful job action” and absence from work for five consecutive working days. The State-owned fixed telecoms operator claimed that the dismissed workers had no justification for partaking in the collective job action, which the Supreme Court upheld, as they were employed in an essential service.

TelOne recently insisted the workers were duly dismissed in 2004, and that the Supreme Court upheld its action.

“Your clients were dismissed on or around 2004 for absence from work when they went on an unlawful collective job action. Some of your clients attended hearings while others were in default.

‘Your clients also challenged the dismissals through their erstwhile legal practitioner Tendai Biti and through the Communications and Allied Workers’ Union. The matter went all the way to the Supreme Court; whereby judgment handed down in 2006, the dismissals were confirmed,” TelOne legal advisor Selby Hwacha wrote on July 6, 2018 in reply to the workers claim for compensation.

However, the workers claim that they were unlawfully and unofficially dismissed, as the Statutory Instrument 137 of 2003 on which the judgment was premised, did not classify them as essential services.