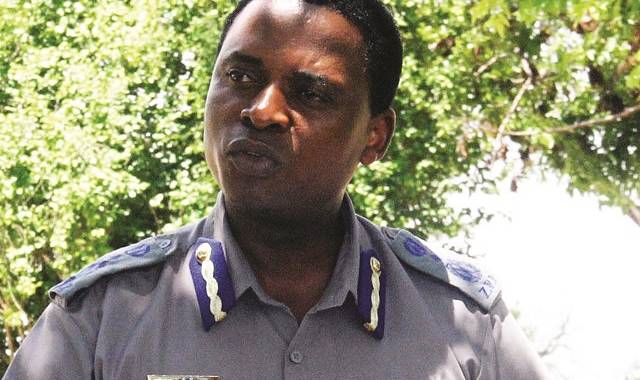 Freeman Razemba Crime Reporter
Police have warned against the defacing or tearing of election campaign posters and fanning of political intolerance through social media, saying offenders risk being arrested and punished in terms of the law.

Addressing a Press conference in Harare on Tuesday, ZRP commander for this year’s harmonised elections Senior Assistant Commissioner Erasmus Makodza said according to the Electoral Act Chapter 2:13, it was an offence to destroy rival election material.

“The Zimbabwe Republic Police is disturbed by reports of defacing or tearing of rival campaign posters, putting or pasting of posters on top of that of other candidates and removal of posters from trees at night.

“Members of the public and all political parties are being reminded that according to Section 152 (1) of the Electoral Act Chapter 2:13: ‘from the date of which an election is called until its result is declared, no person shall deface or remove any billboard, placard or poster published, posted or displayed by a political party or candidate contesting the election.’

“Subsection (3) of the same section stipulates that the person who does so: ‘shall be guilty of an offence and liable to a fine not exceeding level 10 or imprisonment for a period not exceeding two years or to both such fine and such imprisonment’,” he said.

He said they had also received reports of elements who were forcing rival supporters to remove party regalia which they will be wearing or even going to the extent of forcing them to wear their chosen party’s regalia against one’s consent.

“Some individuals or groups are also posting photo shopped videos of purported violence on the social media platform with the view of fomenting discord and disharmony in the community and the country. In some places, there are groups of people who are going about claiming ownership of specific areas and declaring them no go areas for campaigning by other candidates.

“The police are fully alert and will deal with anyone who engages in any form of electoral malpractice without fear or favour,” Snr Asst Comm Makodza said.

He said as the nation braces for the harmonised elections, the force urges all political parties, candidates and their supporters to observe peace and the rule of law during the campaigning period.

He said generally peace was prevailing throughout the country and commended members of the public for taking heed of the call for peace by President Mnangagwa.

“Members of the public, political parties, their candidates and supporters are once again reminded to take heed of the peace message and zero tolerance to violence which has been constantly reiterated by His Excellency, Cde ED   Mnangagwa.

“Members of the public are urged to report any political acts of intimidation, threats or violence, defacing or tearing of campaign posters to any nearest police station for swift action to be taken by the police,” he said.

Last week, police said it will deal with all cases of politically motivated violence regardless of perpetrators’ political affiliation.

Speaking at an event organised by the Zimbabwe Peace Project titled “Dialogue with Political Parties – Making blocks for Peace Work: Zimbabwe Elections 2018”, Snr Asst Comm Makodza said no one was immune to prosecution.

He said that was the stance adopted by the force and it was not going back on it.

He said he had personally engaged the national director of public prosecutions and requested him to appoint seasoned senior prosecutors, saying on their part, police had appointed seasoned and experienced detectives to be involved in the investigations of the cases.

Snr Asst Comm Makodza said the police’s function in the elections would be guided by the Constitution and police officers who fail to deal with such cases would be brought before tribunals.