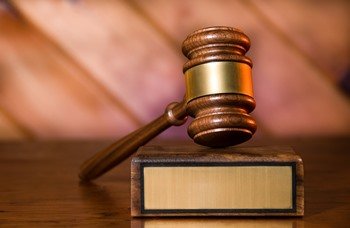 Tempers flared in Kadoma yesterday during Parliament’s public hearings on the Maintenance of Peace and Order Bill (Mopa) as residents differed sharply over the proposed law.

Parliamentary portfolio committee on Justice and the Parliamentary Thematic Committee on Peace and Security chairperson Levi Mayihlome at one time threatened to stop the hearing over the chaos.

Rimuka resident Mutakwa described Mopa, which is set to repeal the Public Order and Security Act (Posa), as archaic, saying provisions that forced people to move around carrying identity documents were similar to those used by the colonial regime.

“Mr Chairperson, the issue of forcing us to move around with an ID is archaic and it was because of such laws that our present leaders fought in the Second Chimurenga in order to free us, but sadly the same people want to bring back such laws,” he said.

“Who is it supposed to serve? “Such laws are retrogressive and infringe on our democratic rights.”

Another resident, who wanted to be identified only as Andrew, said such laws should be accompanied by provisions that allow citizens to obtain IDs for free.

Another contentious issue was about the right to demonstrate in a peaceful manner.

The residents also said the proposed new law should not empower the president to deploy the army during demonstrations.

However, there was consensus that Mopa must discourage people from moving around with dangerous weapons, which they said was the reason behind the increase in cases of violent crimes.

Last year, the Constitutional Court (ConCourt) ruled that a section of Posa used by police to regulate public gatherings and demonstrations was unconstitutional.
Former president Robert Mugabe often used the legislation to ban protests by opposition parties and civil society groups and his successor President Emmerson Mnangagwa has been doing the same.

ConCourt judge Justice Rita Makarau, in a judgement endorsed by the full bench, said section 27 of Posa that forced citizens to seek police clearance to hold
demonstrations was open to abuse.

The government says it wants to repeal Posa as part of wider measures to promote democracy and freedom of association, but critics say the proposed law is a rehash of the existing legal instrument.