The death of a Commander

When The Military Planning Committee, was re-organised into The Zimbabwe Peoples Revolutionary Army (ZPRA), Rogers Mangena, was appointed Chief of Staff, and Jason Moyo, as Commander, as Mangena reported directly to him. The author was the only member of the previous Command, to continue as Chief of Logistics and Supplies (CS-4) in the newly established ZPRA.

Source: The death of a Commander – The Zimbabwean 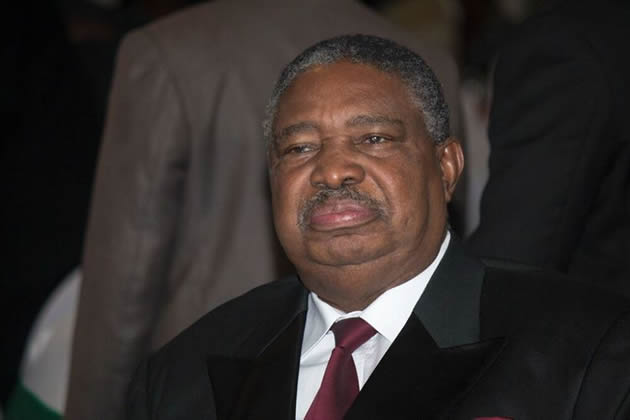 ZPRA’S formation was soon after the internal crisis of James Chikerema and after the formation of his FROLIZ. As a result, ZAPU’S strength from Jason Moyo to the last soldier was only 39 people. Combat Operations were conducted with members of the command, including such Operations: Operation Xhoxhoza, which led to the closure of the Rhodesian and Zambian Borders, Jointly conducted by Sotsha Ngwenya, (CS-3), Gordon Mnanyi (CS-2) and the author, (CS-4) and Abel Mazinyane, Jack Mpofu, and Roger Matshimini.

ZPRA introduced Operation: Spear Head, (CS-3) Operation: Assegai (CS-4) and Operation Old Woman that was Commanded by Abel Mazinyane. That was a ‘TOP SECRET’ strategic intelligence operation where a Special Unit was deployed in the Rhodesian Mount Darwin Areas.

ZPRA, under Mangena, was a crack force. A highly professional army and an envy of many world Generals, including Rhodesia’s Peter Walls.

Just before the Geneva, British data intelligence collection Conference, whilst still under the Joint Command of ZIPA, President Samora Machel chaired a ZIPA, Military Conference, where the emphasis was that ZIPA, commanders should take the Leadership and go to Geneva as such. Whilst, ZANLA’S Machingure supported the move Mangena, refused and emphasised that ZPRA was a Military Command subordinated to the ZAPU political leadership of Dr Joshua Nkomo. He said very strong words that could not be said to a Head of State.

After two and a half hours of deadlock, President Samora Machel gave in and informed that since ZPRA was not prepared to take up the Leadership, he asked if ZANLA, could propose a name of a leader. Webster Gwawuya informed that Robert Mugabe could be their spokesperson. Following what Gwawuya had said, Mugabe who was in Quelimane under House arrest was released. The release of Mugabe, and Tekere, was because ZPRA forced ZANLA to choose a leader that was Mugabe. ZANLA had accepted, President Machel’s proposal of taking up the leadership.

Rogers Mangena, died on 28 June 1978, two weeks after our meeting in Lusaka Zambia, in Zodwa Dabengwa’s flat after his return from the Soviet Union where he had gone for treatment following an attempt on his life. Those who shot him were never arrested, and the general conspiracy had wanted him (Mangena) to remain in Angola, away from the Command.

Soon after Mangena’s Death, Dr. Joshua Nkomo appointed me to replace Mangena as ZPRA Commander. He came to Maputo, to inform President Samora Machel, about his plan. President Samora Machel informed the ZAPU leader, that my wife and my two kids will stay at Avenida do Zimbabwe, number 1230, and will be supplied with food and other logistical requirements from the State House.

However, with the death of Mangena, the conspiratory dimensions within ZAPU, and ZPRA, had reached a stage that appointing me to replace Mangena was seen as good as “Ukuvusa-U-Mangena” from the dead. Therefore, my appointment could not be effected, though I was present at the conference.

His death marked the end of ZPRA, the crack force, to be replaced by an imposter civilian ZIPRA, which did not know the difference between an army and a brigade or battalion. A brigade was regarded as being above the mainstream of the army. A simple civilian brigade Commander did not know how a brigade fits in a military establishment. That type of ignorance was dangerous for the armed struggle and treasonable.

Rogers Mangena, was killed by the conspiratory dimensions within ZAPU and ZPRA. Those who worked with him were not given a chance to bury him, as his burial was rushed.

Phelekezela Mphoko – Former vice president of the Republic of Zimbabwe.