The dilemma of the white community in Zimbabwe

Source: The dilemma of the white community in Zimbabwe – NewsDay Zimbabwe 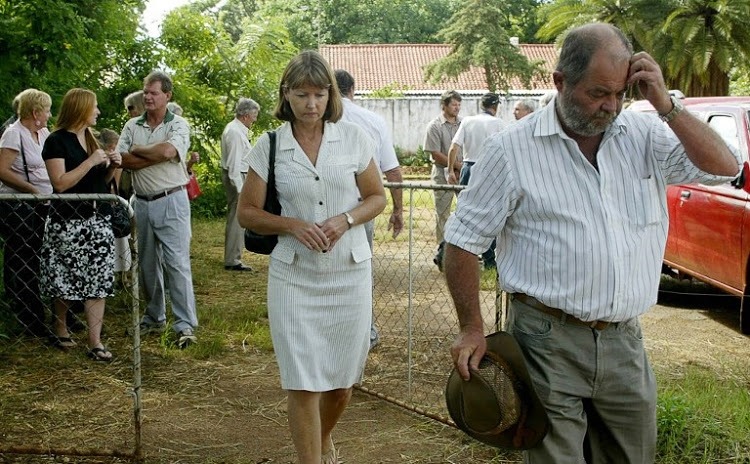 WITH the advent of the Second Republic, the Zimbabwean white community has once again reached crossroads as it did in 1965 (UDI), in 1980 (Black independence), 2000 (farm invasions) and 2018 going forward (Second Republic). The choice to be made has remained constant, whether to stay or to leave the country, to give your allegiance or not to, to be part of the new political order or not to.

For 20 years into independence, the late founding President Robert Mugabe and whites were strange bedfellows, underpinned by entrenched suspicions carried over from a bloody war of independence which left both sides with utmost distrust of each other.

Mugabe’s 1980 Independence Day speech allayed all fears “Let us deepen our sense of belonging and engender a common interest that knows no race, colour or creed. Let us truly become Zimbabweans with a single loyalty”. They dusted themselves, shook hands, toasted to a new era and conveniently forged a quid pro quo relationship which looked so well scripted, what could ever go wrong?

In the first decade, Mugabe blossomed in their culture and language and shone under the international limelight derived from the post-war success in racial integration, showered by the colonial master Britain, the ancestral home of the white community and they in turn reaped from his benevolence and protection against the strong socialist elements and blood-thirsty guerrillas within his Zanu PF party who wanted retributive justice.

From 1990 to 2000, no one really paid attention to what the white community was up to politically as they kept their end of the bargain, keeping the economic juggernaut at full throttle.

Their only white party, The Conservative Alliance of Zimbabwe (CAZ) had by 1990 all but ceased to exist, but they didn’t care at all. More comforting for them was the realisation that they could actually live and thrive under Mugabe, and it’s this economic hold they had over him which misled led them to make the fatal move in 2000 when they backed the emerging MDC party, a huge gamble whose scars they still nurse to this day.

In the free world they were only exercising their democratic rights like their black counterparts but to Mugabe it was the ultimate betrayal the whites owed him. He violently drove them off their farms, losing their century-old heritage and livelihoods passed on three generations before and also paid with their lives.

Stripped of their rights to political participation and association, some their citizenship, they waged futile legal battles in regional and international courts. The British government stood by as the events unfolded, to the local white community that aloofness and inaction was a deja vu moment, it typified the Great Betrayal referenced by Ian Smith.

They were, on their own, hung out to dry and it was decision time again, 1980 revisited, a typical gambler’s life, the second time in Zimbabwe’s history.

The farm invasions seemed to be the proverbial last straw which broke the camel’s back, thousands left the country but as happened in 1980 thousands chose to give Zimbabwe one last chance. The chance did come, their old nemesis Mugabe dramatically fell from power in 2017 in events which saw thousands of whites crawl out of the woodwork to join hands with fellow black Zimbabweans in celebration.

For once in Zimbabwe’s history we saw its full rainbow colours, the common thread being freedom. They had more reasons to celebrate than their black counterparts. Mugabe’s oppressive and dictatorial rule affected all Zimbabweans, but he took to his grave a grudge and bitterness against the white man which could not be appeased.

The dust has now settled and the Second Republic is in full swing. The white community is once again weighing its chances, placing its last bets on Mugabe’s successor, Emmerson Mnangagwa and also waiting for the spoils of victory to come their way because when the party ended (Mugabe’s ouster) like unwanted wedding guests, they hurriedly retreated back to their cocoons.

The temptation to step out into mainstream society is overwhelming but the overtures from those in power have been tentative and less reassuring. It’s been two years since the Borrowdale Racecourse tea party (July 2018) an event which seemed to signal ‘peace in our time’ and a fresh start for all parties.

The white community held a ‘one-on-one’ clear the air meeting with Mnangagwa. It was a one-off chance meeting and it’s not exactly clear who took who for a ride, there has not been a follow-up meeting.

The November 2017 euphoria and spirit of oneness quickly evaporated, the exchange of kisses and hugs, walking hand in hand along the streets of Harare was just for the moment and too good to be true.

Business and commerce is at the heartbeat of the new Zimbabwe and it’s the very space they are hoping to be invited to take up their seat at the high table.

However, the majority are born farmers and know no other life, but their re-entry is hindered by historical, political and financial intricacies which will take great political resolve to undo the knots. When the opportunity comes, it will undoubtedly carry a heavy patronage price tag, linked to loyalty, support and allegiance and the offer periodically reviewed if these are deemed to be below par.

The sprinkles of white representatives in Cabinet, business and advisory platforms is tokenism, what matters most for them goes beyond the policies, legal statutes and laws that protect their interests and investments (these have been violated before) but in the trust in the leadership and confidence that the country is on the right trajectory.

The trust deficit in leadership is the vacuum which every citizen is yearning for fulfilment. Trust is easily destroyed but difficult to restore and the lack of it has taken us back to where it all began in 1980. Forty wasted years of playing cat and mouse, with no winner. A tragedy.

Their numbers have whittled down from 200 000 at independence to less than 50 000 but they remain a very powerful and well networked constituency with tentacles reaching the very core of White Hall and Capitol Hill. But it’s at home where they want their numbers to count the most.

How far do they step out or voice out on civic and national governance matters without inviting a backlash and labelling. Dabbling in opposition politics is now for the die-hards and not worth it, and unlike their black counterparts there is only one party left for them to support.

They feel trapped, cornered and voiceless, and have now been thrown into the harsh and deprived world of Zimbabwe’s minority politics where political, social and economic rights come at a premium. Having sat on top of the food chain for decades, this has had a humbling effect.

But one would think the whites who have remained behind and survived this tumultuous journey are here for the long haul, have no other home than this country, and need not pay for the sins of their departed kith and kin for whatever grief they have may have caused.

One banner at the Borrowdale Racecourse tea party aptly summed it up “The past is gone, the future is ahead” but everyone has to be on the same page in words and in deeds, if not, it might perhaps be the time to roll the dice one final time.