The economics of elections 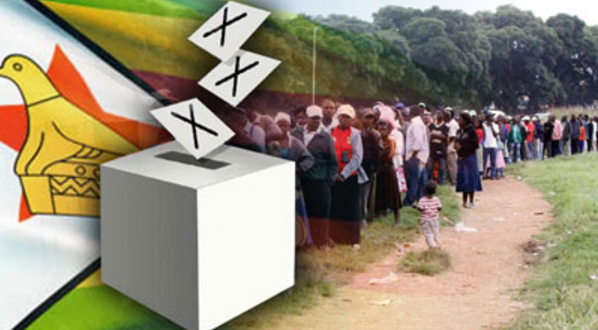 Source: The economics of elections – The Zimbabwe Independent July 13, 2018

After two decades of repressive politics and a battered economy, the July 30 general elections are poised to significantly change the fortunes of Zimbabwe.

The cold economic winters of international isolation might pave way to Zimbabwe’s re-engagement with multi-lateral institutions and the acceptance back into the Commonwealth (Zimbabwe’s membership was terminated in 2003). Although Zimbabwe’s economy is on life support, free and fair elections will likely be the starting point of invoking the goodwill of nations such as the UK and the pouring in of investment. When discussing Zimbabwe’s election in the British parliament recently, Prime Minister Theresa May said:

“We have repeatedly said if the Zimbabwean government can demonstrate commitment — political and economic reform — then the UK stands ready to do all it can to support its recovery. But obviously that commitment is essential.”

Given the rift between Zimbabwe and the West, the elections will be used as a barometer for real reforms going forward.

Although economic activity has improved since November 2017, the country has been on an unsustainable economic trajectory that needed to be resolved yesterday. The elections themselves are not for free, which has further placed a financial burden on the economy.

Interestingly, voting patterns have an impact on how much is spent over elections, giving voters more power than they might realise.

In this article, I will talk about the financial implications of the elections, zone in on the presidential election rules of engagement and the built-in economic fundamentals of this process. From a cost perspective, the runoff is unnecessarily costly for the country and, in my opinion, must be avoided. Moreover, waiting till September for the runoff is too far to still be in wait-and-see mode.

Government’s domestic debt has soared to US$6,21 billion in 2018 from US$3,9 billion in February 2017 due to the government’s inability to borrow externally. The Reserve Bank of Zimbabwe (RBZ) has also dabbled in quasi-fiscal policies (financial activity on behalf of government), Behaviour which has been frowned upon as it does not provide the necessary controls required in a well-functioning economy.

The government’s spending on recurrent expenditure was 80% of the budget in Q1 2018, which leaves barely enough for capital projects to grow the economy. In an election year, spending by government tends to be higher than usual as some unbudgeted costs go towards elections.

According to the first-quarter budget analysis by the Parliament Budget Office, the government has overrun the budget by US$273,2 million. Overruns have been in domestic and foreign travel, rentals, vehicle and building acquisitions and net lending and investments. A notable area where there was -77,6% underutilisation of budgeted funds was educational supplies which makes one question the priorities of government. The situation does not look pretty since the liquidity crisis has not been resolved, private domestic investment has been crowded out and the domestic market remains the government’s main source of funding.

In an article, economist and legislator Eddie Cross wrote that the cost of an election in Zimbabwe is US$50 per voter. In the 2013 elections, the minimum budget was US$132,5 million which amounted to around US$22 per voter.

In 2017, with higher costs because of the Biometric Voter Registration system and other election-related expenditure overruns, the US$50 figure is not far-fetched. Given Zimbabwe’s current financial state, although elections are crucial, we could certainly do with minimum costs.

Assuming free, fair and credible systems, a run-off can be avoided if people take advantage of the fundamental workings of the presidential elections. Currently, there are 23 candidates vying for the presidency of this nation. Given that democracy must be expressed within the confines of the Electoral Act which states that the presidential winner must get over half the votes (the “50% plus one” principle), many of the minor candidates will simply serve to increase the chances of a run-off which, in turn, will have financial implications.

This is not to say that financial consequences are the only aspect that matters in an election. This simply serves to highlight that the system is created in such a way that, at the end of the day, the race boils down to two candidates and the sooner there is focus on just the two major candidates, resources can be spared.

According to the Electoral Act, if no candidate gets the majority vote, a run-off election must take place between the top two candidates. Granted, every individual must exercise their democratic right; however, as outlined, that decision has boundaries that depend on the voting system and the voting patterns of the entire population of voters.

It does not take a political analyst to conclude that there are basically two presidential candidates in this race. As candidates have been using different campaign strategies, it is clear which strategies have managed to garner significant support.

best policies without the support from the people will not amount to presidency but unnecessary vote splitting.

For the not-so-popular candidates, they probably realise that they will not win the election in 2018 but they might be seeking experience for future elections or they are opportunistic, hoping that in the event of a Government of National Unity (GNU), they might be included.

inauguration was hoped to have resulted in a GNU but that did not happen. A GNU is all about coming to the negotiating table by choice, not as a matter of law, reducing the chances of the smaller parties to be part of it.

Elections are a democratic right that every citizen of voting age should be allowed to participate in without intimidation. However, the rules within our voting system provide the collective body of voters’ power to determine the economic consequences of elections. It is with that understanding that all voters are urged to vote wisely in order to get Zimbabwe on its feet sooner rather than later.