The Forum calls for the Return of Missing MDC Alliance Members

The Zimbabwe Human Rights NGO Forum (the Forum) is deeply concerned about the alleged abduction of the Movement for Democratic Change (MDC) Alliance Member of Parliament Joana Mamombe and two (2) MDC Alliance Youths, Celia Chimbiri and Netsai Marova after they were reportedly taken by suspected State security agents on 13 May 2020 following a protest in Warren Park, Harare.

Source: The Forum calls for the Return of Missing MDC Alliance Members – The Zimbabwean 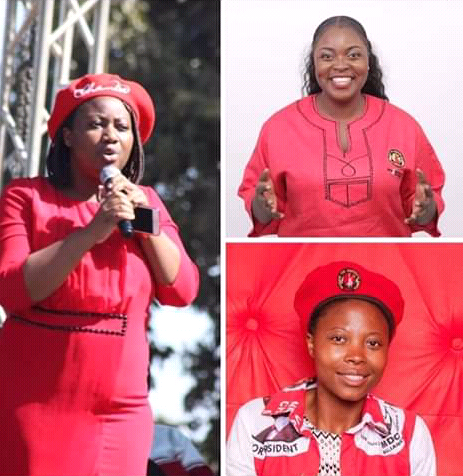 The enforced disappearance of the trio reportedly followed their arrests by the Zimbabwe Republic Police (ZRP) for participating in the Warren Park protest. The Forum calls for the immediate safe return of the three who are currently out of reach of protection of the law. A search at several police stations across the capital by the Zimbabwe Lawyers for Human Rights (ZLHR) has failed to locate the trio.

Article 1 of the International Convention for the Protection of All Persons from Enforced Disappearances (the Convention), states that no one shall be subjected to enforced disappearance. Article 2 of the same defines an enforced disappearance as the arrest, detention, abduction or any other form of deprivation of liberty by agents of the State or by persons or groups of persons acting with the authorization, support or acquiescence of the State, followed by a refusal to acknowledge the deprivation of liberty or by concealment of the fate or whereabouts of the disappeared person, which place such a person outside the protection of the law. The Forum reminds the Government of the need to ratify the Convention as commitment to ensuring the personal liberty of every person.

The Forum draws the attention of all State security agents to the United Nations Working Group on Arbitrary Detention’s Deliberation No. 11 on Prevention of Arbitrary Deprivation of Liberty in the context of Public Health Emergencies, adopted on 1 May 2020 which states that emergency powers must not be used to deprive particular groups or individuals of liberty. The power to detain persons during public health emergencies must not be used to silence the work of human rights defenders, journalists, members of the political opposition, religious leaders, health-care professionals or any person expressing. In the current context of the COVID-19, the Government must protect the right to personal liberty and not resort to any forms of arbitrary detention.

The Forum calls on the Government to: