The fundamentals are just not right for a new currency

The MDC notes with regret and surprise the announcement by the Reserve Bank that it will introduce a new currency within the next two weeks.

Source: The fundamentals are just not right for a new currency – The Zimbabwean 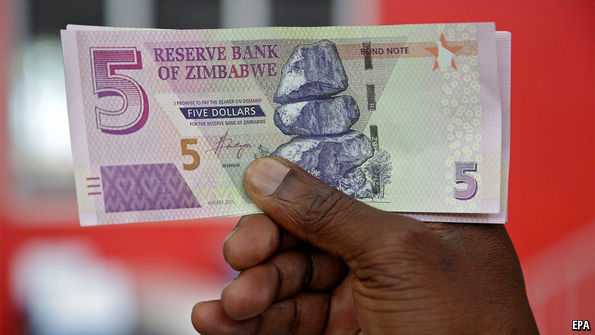 This is indeed a shocking development, considering that since 2017, this government has essentially introduced and acknowledged the existence of five currencies.

The first currency was the multicurrency regime that it inherited from the inclusive government. The second currency, introduced illegally by the present regime through an expansionary fiscal policy and the running of huge budget deficits since 2014, was the RTGS$ (Real Transfer Gross System), which essentially was fictitious transactional money that was only recognised locally.

Things would come to a head in December of 2017 when the Central Bank introduced the bond note through a Statutory Instrument.

Thus this year alone, the Government has had a regime of four currencies in operation. That is to say the regime of multiple currency and bond notes that operated before 20 February 2019 based on a parity exchange rate of 1:1.

Secondly, the formal introduction of the RTGS$ at an exchange rate of 1:2.5

Thirdly, the official demonetisation of the multiple currency regime and the retention of the RTGS$ as the sole currency in Zimbabwe.

Now, yet another currency is to be introduced.

Not only that, on the same day that Reserve Bank Governor announced his new currency, the Minister of Finance on another forum advised that the Government was considering the introduction of the rand.

We contend as that the Government’s mismanagement of the monetary policy is a reflection of the deep-seated crisis of legitimacy and governance that has been arresting this country since July 2018.

The exchange rate, like inflation, is the ultimate expression of economic governance. On these two scores, the regime of Emmerson Mnangagwa has failed in absolute terms.

We maintain that it was fatally wrong for the Government to reintroduce a local currency when conditions for the reintroduction of the same did not exist.

These conditions included a vibrant productive economy. Currently there is no productivity in the Government with the latest GDP growth rate in 2019 being -8.5% and for 2020 it will be -14%.

The Economic Intelligence Unit predicts that Zimbabwe’s contraction in 2020 will be at least -12%. Over and above this, Zimbabwe does not have reserves. Without import cover and with a huge current account deficit, it will be disastrous for any country to introduce a currency of its own.

What matters is not the currency that a country is using but the existence of the right fundamentals in a country.

Besides, Zanu PF is so corrupt, so disorganised and so clueless on how to run an economy such that it does not matter what currency they use, the rand, the yen, the rupee, the naira or the euro. Like termites, they will bastardise that new currency in the same way they bastardised the original Zimbabwe dollar, the bearer cheque, the US$, their own bond notes and their own RTGS$.

There is just no amount of economic tinkering under Zanu PF which will resolve or turn around this country. What will only work is a radical political change.

MDC @20: Celebrating 20 years of Courage, Growth and the people’s Victories.