For several minutes, they watched anxiously from the shore and temporarily concluded that it was not safe to launch into the mighty, but usually serene waters of Lake Kariba.

On this day, like in others during this time of the year, it was boisterous with rippling waves that caused any cultured coxswain to step back.

In August, Lake Kariba occasionally sheds off its serenity, convulsing the water into strong waves that can rock any boat, inhibiting travel.

The urge to take a large haul of fish destined for the markets in Kariba and beyond emboldened the coxswain and boat owner to launch into the expansive mass of water.

Many take a gamble, navigate through the treacherous waves and make it to shore without any serious incidents.

It was not so for a small boat named Delly More, which capsized a few minutes after powering off the shore towards Kariba Town last Friday from Tsetse Island, better known as Muchenga.

It capsized just 20 metres from the shore.

In the aftermath, 19-year-old coxswain Raymond Gutsa had drowned, while two others including boat owner Jestine Chiringwari better known as Mai Chipikiri and Lazarus Chakabvapasi — survived after being rescued by another boat. 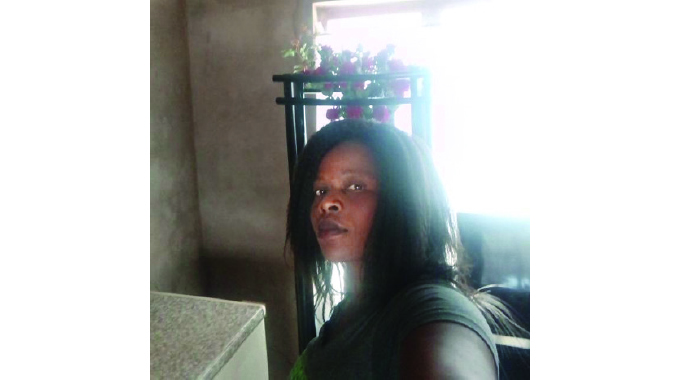 Raymond is said to have been hit by a 200kg sack of fish when the boat tipped over from the back where the engine is located and started filling up with water.

This was after he realised that the wave was stronger than they initially thought when they set off and decided to return to shore after about 20 metres away.

At that point, the engine stalled and the boat which had increased buoyancy owing to the running engine suddenly started sinking.

It reportedly had between 600 and 800kgs of fish which could have contributed to the boat capsizing.

But what happened on this fateful day?

Initial indications are that panic, a strong wave and engine failure combined to cause the boat to capsize.

The Herald caught up with the two survivors who narrated the 30-minute ordeal they endured as they waited for Raymond or at least his body, to be found.

Owner of the boat and survivor, Mai Chipikiri broke down while narrating the accident.

“We had managed to secure fish at Tsetse Island and decided to go back to Kariba, because of the strong wave, we decided to wait a bit until the situation calmed down,” she said.

“After some time we left the shoreline, but we had not gone far when we realised that the wave was too strong and decided to turn back. The engine stopped working and the boat started sinking.”

Mai Chipikiri cannot explain how she survived when Raymond failed to make it.

“I can’t even swim and it is still a mystery how I survived,” she said. “All I know is that I saw the front of the boat sticking out and I held on until fishermen came to our rescue.”

For Chakabvapasi, he instinctively held onto a floating container which they had just emptied of fuel before they left the shoreline. 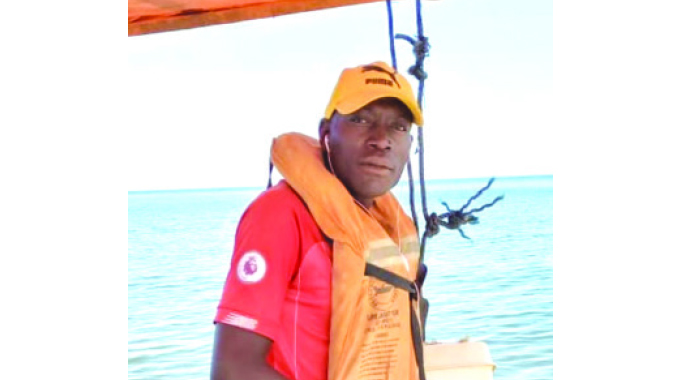 “It was sudden and we only found ourselves in water,” he said. “When the boat capsized, I saw a plastic container floating and held onto it.

“I held on for about 30 minutes before fishermen came to our rescue. It was a relief as I saw death with each passing minute as the container was being pushed further from the shore into the lake by the wave.”

Chakabvapasi said by the time help arrived, he had drifted about 500 metres further into the lake.

But what was going through his mind as he held onto the container?

“I was now filled with a lot of regret and fear thinking that I should have remained where the others were,” he said. “I thought they were better off than me because I was drifting into the lake, further away from possible help.”

In the end, he was relieved to have been saved.

For two days, Raymond or his body could not be located, first by fishermen and later by the police sub-aqua unit and the Zimbabwe National Army divers.

It was after divers discovered the sack of fish and started emptying it that they found Raymond’s body trapped underneath.

Shattered dreams, emotional scars and material loss now linger for the family and the two survivors.

Raymond’s father, Mr Elphas Gutsa said as a family, they had not given their blessings for him to start driving boats.

Being a qualified and experienced welder and boilermaker who had built several boats in Kariba, he hoped that Raymond would take after him.

“I had begun the process of grooming him to take over my trade,” said Mr Gutsa. “He had mastered most of the things, but then friends came along and influenced him to start driving boats, he started sneaking away from the house sometimes for a day or two.”

As time went on, he said, Raymond stopped coming home regularly, including the seven-day Full Moon stoppage where fishing takes a break.

Raymond’s stepmother Junior Komichi said the family’s wish was for him to start welding like his 57-year-old father.

“It is painful that he had to die this way because as parents, we start thinking that he could have been alive had he heeded our advice,” she said.

“We do not know what exactly happened, but as a family, it’s not unusual to suspect foul play because just having one person dying while others manage to survive is hard to swallow. However, it happens and we just say may his soul rest in peace.”

Raymond had been working as a coxswain on the boat for about 18 months when tragedy struck.

Lake Kariba has hundreds of boats which are used for fishing, transporting goods and recreation.

However, more lives could be saved if people put on life jackets.

“There is a general reluctance to put on life jackets which leads to loss of lives in the event of an accident,” said an official who declined to be named.

“It is difficult to enforce as people can put them on when near the shore and take them off further into the lake.”

Barely two months ago, five people drowned in the lake and it took more than a week for all bodies to be found.

The boat was also carrying fish above the carrying capacity and investigations showed it was filled with water after a strong wave.

Jocelyn Murray, in her book, ‘The Roman General’ said: “Sometimes you just have to trust your instincts; it may be all you have to trust.”

The three could have followed their initial instinct to delay the journey, but then again John Lennon says: “There’s nowhere you can be that isn’t where you’re meant to be. . .”