The long road to compensation for Zimbabwe’s farmers

Source: The long road to compensation for Zimbabwe’s farmers | Fin24 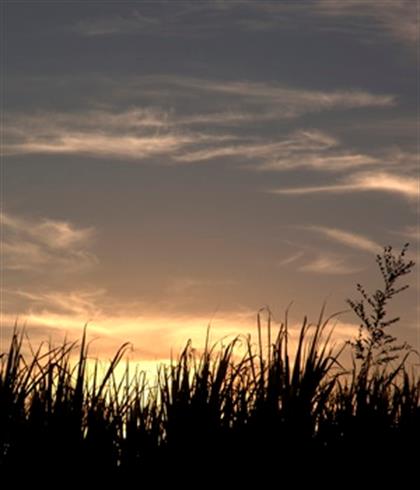 Back in November 1997, Zimbabwe’s government issued a notice of the compulsory acquisition of 1 471 farms.

The goal was to acquire some 5 million hectares of farmland, with the intention to compensate farmers for their land. Five million hectares is some 500 000 square metres, or around 1.5 times the size of Lesotho.

The initial plan quickly unravelled. Donors and government failed to reach consensus, accusing each other of reneging on their promises to fund land redistribution, or failing to adhere to agreed-upon principles.

As late as 2004, British embassy spokesperson Sophie Honey maintained the UK had not reneged on its commitments – that the UK had provided ‎£44m for land reform in Zimbabwe and ‎£500m for bilateral development assistance, but Zimbabwe had failed to stick to the principles of effective, well-managed and pro-poor land reform.

And the late 1990s, rising tensions meant the process of land reform slowed to a crawl. By 1999, just 70 000 hectares – not even the area of Harare – had been acquired for redistribution.

Rise of the opposition – and expropriation without compensation

Dissatisfaction over the land question, coupled with the country’s economic downfall, provided the ideal platform for the rise of opposition party the Movement for Democratic Change (MDC).

The MDC’s manifesto promised economic reforms and addressed the land question, promising to acquire under-utilised land, derelict land already identified and designated, land where the owners had multiple farms, and all corruptly acquired land. In response, government proposed a policy that sought to acquire land on a compulsory basis, without compensation.

It was not the only proposed change, in fact, but part of a broader constitutional amendment that incorporated a Bill of Rights and limited the president to two successive five-year terms.

It was rejected at a referendum in 2000.

Concerned over their prospects at the next election, the ruling Zanu-PF called for radical land redistribution.

For their part, the War Veterans Association – staunch supporters of then-president Robert Mugabe – organised a movement officially termed the Fast-Track Land Reform Programme, and began a series of land occupations.

According to Zimbabwe media reports of the time, they seized thousands of white-owned farms. Human Rights Watch condemned the process.

Farmers, via the Commercial Farmers’ Union (CFU), approached the courts in protest against the land invasions. The Supreme Court of Zimbabwe repeatedly ruled in their favour.

Ultimately, however, the constitution was amended to allow for the takeover of land without compensation, barring for improvements to the property. The Land Acquisition Act was further amended in May 2000 via the Presidential Powers (Temporary Measures) Act of 1986.

More than 2000 farms were legally listed for compulsory acquisition.

But while legal and constitutional instruments were being put in place, the violence that erupted at farms – against both farmers and their farm workers – resulted in deaths, injuries and damage to property.

The end of property rights – and economic collapse

In an effort to regulate the process and instill a sense of order, the Zimbabwean government introduced two models for land distribution.

During the fast-track land reform programme, agricultural property ownership rights were cancelled, with the land in question being allocated free to resettled farmers. In many cases, pre-existing production standards were not maintained.

Economist John Robertson wrote, “When agricultural land was disabled by government’s decision to cancel its collateral value, the flows of previously dependable raw materials to the manufacturing sector slowed or stopped. Factories had to downsize, or close.”

Exports of an extensive list of consumer goods fell sharply and the deliveries of the same goods to local stores declined. More and more goods had to be imported.

Forced by debt to the negotiating table

Meanwhile, imports had to be paid for with increasingly scarce foreign exchange. Not enough was left to repay outstanding foreign debts.

Under new president Emmerson Mnangagwa, debt haunts the country, and has had to be restructured by international financial institutions.

Solving the land question has been included in pre-conditional reforms for relief.

This prompted government to act and work out a plan to compensate white commercial farmers, but only for improvements.