Source: The Outlook for 2019 is Dismal – unless? – The Zimbabwean

I was called by a major local newspaper this past week and asked what my view of 2019 was? I laughed at the question because right now I do not think anyone could tell you what is going on, let alone predict 2019. Then I had coffee with two of the most important business leaders in the country. What they expressed to me was sobering. 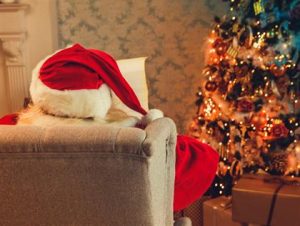 They said that in their view there was no centre of power, at least in the Mugabe days you knew who was the boss, if he gave an order it was followed without question. Now no one seems in charge – there are many centres of power in this new Regime. Then they went on to say that no decisions were being made – there was complete chaos on local markets, massive fuel queues and many different prices – people did not know how to price their goods and services.

Then they said that corruption seems to be as bad as ever. Major deals were being held up by corrupt officials and no one seems to be willing to take action. State communications were confusing to say the least, misleading at best. No one was being convicted of corruption, even in the most obvious circumstances. The rule of law was hardly being observed and property rights abused even in the case of foreign investors. The Police were still ignoring Court instructions if cases were seen as being “political”. Even the Commission report on the August first shootings in Harare, looks like a 128-page whitewash. Why?

The economic situation looks dire. Gold sales to the Reserve Bank are down 40 per cent, all exporters are struggling under draconian regulations imposed by the Reserve Bank requiring them to give up the majority of their foreign earnings at one third of their value. There is widespread corruption in the allocation of hard currency by the Bank at this totally unrealistic value and the demand for subsidised products such as bread and fuel is outstripping supply with hundreds of thousands of vehicles in queues. The Reserve Bank Governors response – “There is no shortage, look at the traffic!” Totally ridiculous.

If these fundamental issues are not addressed, and soon, 2019 will be a very dismal space for all Zimbabweans. Already we are struggling with near hyper inflation figures, we have been telling the Government for months that their official statics were fanciful. Inflation is galloping along. The Reserve Bank tells us the local currency is one to one with the US dollar when we all know that it is a fraction of that value in real terms, yet because of this fiction no official adjustments to salaries are being even considered. So living standards are plummeting for all who rely on a fixed income.

My two colleagues at coffee this week asked, ”What can we do?” What can anyone do about this looming catastrophe? Used to dealing with problems at a Corporate level – these two guys simply had no solutions. The other disturbing thing that they said was that the President seemed to be concentrating his efforts on entrenching his power and control. The theme of the 2018 Zanu PF Conference was certainly “ED for 23” rather than “development and peace”.

I do not think anyone any longer believes Zimbabwe is “open for business”. I know of investors that have waited for months for decisions by Government and who see no sign of activity. I hear from business that is already invested and they continue to complain about aggressive behaviour by Zimra, corruption at all levels in the State that increase their costs and delay business deals. I hear of activity by politically connected people who are abusing their positions and finding protection for both criminal and corrupt activity. Ask people to report their problems and they respond that they fear the consequences.

When is someone, anyone, going take charge and say that this madness must stop and stop, NOW. We clearly do not want the Military to respond. Done that once and we are grateful, but never again please. So that leaves us with the current President who is elected and will run our affairs for at least the next 5 years. Can he do it, yes he can, will he do so? I just do not know and that is the problem. Only he has the power to call the shots and we need him to do so.

So what is our Christmas wish list to the President as a country?

Firstly, please bring the market chaos under control – not by dictate because that would just make matters worse, but by allowing market forces to sort out supply and demand and set values. Take the Reserve Bank out of the market for currency, stop stealing hard currency, allow our banks to trade and float the local dollar. And do not delay, do it like we did on the 17th February 2009. You will be very surprised by the market response.

Secondly, set a clear time table and list of targets for the reform of our legal system so that we implement the 2013 Constitution in full in three years. Do not do it by subterfuge, like indigenisation, but do it openly and properly so that the world can see we are at last putting our legal and political house in order.

Thirdly, start the process of cleaning up our politicized and compromised Judicial system. Begin with the Chief Justice and the Judge President and then allow them to review the entire bench down to Magistrate level. Give us a powerful and totally independent Prosecutor General who will take no prisoners when it comes to fighting corruption and enforcing the law.

Fourthly, respect our property rights. Start by fulfilling your commitment to pay compensation that is fair and affordable to all those who have lost property to the State – and it’s not just the former farmers – it includes Mawere. Stop all those who are using their political connections to abuse the rights of others. Insist on the Courts enforcing contracts and the Police in following Court instructions – to the letter.

Fifthly, if taking your comrades to the cleaners over past violations of the law or corruption is too much to ask, draw a line in the sand and say that all who did those sorts of things before the recent elections are given a blanket Presidential Pardon and protection from prosecution. But then, demand that all such activities stop immediately or else those who are continuing to abuse their posts will face severe penalties and the full weight of the law for both present and past violations of the law.

Finally, insist on everyone making decisions on all outstanding matters, even if in the process some mistakes are made. No decisions are much more damaging than poor decisions. The present situation where nothing is moving ahead, no Parastatals are being privatised, new investments are being held up by Officials and Ministers who have no stakes in the outcome. Just look at projects that have collapsed because of delays – ESSAR and Zisco, Hwange rehabilitation, new power stations – Sengwa and Lususlu; the Railways. Look at the list of projects that have been delayed – the new regional fuel pipeline, the Zimcoke investment in Zisco, new mining activities all over the country. This has cost Zimbabwe billions of dollars in new investment and GDP, even exports.

Please Mr. President, give your country the above gifts this Christmas and next Christmas will be quite different. We will have much to celebrate. Right now Christmas looks pretty bleak and the outlook no better.