The Surprising Path That Some Kids Take to the Ivy League

Source: Opinion | The Surprising Path That Some Kids Take to the Ivy League – The New York Times

You’ve read a lot over the past year about kids who end up in the Ivy League because of their parents’ wealth and wiles, kids with obscene advantages. I’d like to introduce you to another kind of kid who landed there. Her name is Wadzanayi Mayiseni. She goes by Wadzi.

Before Wadzi, 19, arrived at Columbia University last month for a summer bridge program to prepare for her first year, she’d never been to the United States. She’d never left Africa. She’s from Zimbabwe, one of the poorest countries in the world, where her mother, who raised her without any help from her father, has been out of a steady job since Wadzi was 9.

When Wadzi was 12, she found out she had bone cancer, which meant not just chemotherapy but the amputation of most of her left leg. I asked her how, psychologically and emotionally, that changed her. She said it made her more determined.

“You’re not defined by the things that hold you back,” she told me. “You’re defined by how you rise above them.” She refused to be placed in classes for disabled children and later figured out how to get a scholarship to one of Zimbabwe’s most esteemed private high schools. Then she figured out how to translate that into the best college education possible.

She got help with that last part from the nonprofit United Student Achievers Program, which for two decades has identified disadvantaged high school students of enormous promise in Zimbabwe, coached them through applying to top-notch colleges outside of their country and steered them toward futures they never imagined.

And by “disadvantaged,” I mean students who in some cases grew up herding livestock and in other cases were strangers to computers. I mean orphans: Largely because of the AIDS epidemic, about a third of Zimbabwe’s USAP students have lost both parents. I met one such student, Getrude Makurumidze, last year; by the time she was 9, her mother, father and 6-month-old sister had died from complications related to AIDS. She then bounced among the members of her extended family who could afford at a given moment to keep her. She nonetheless went on to graduate from Bryn Mawr and is now in medical school at Georgetown University.

There are USAP programs in other developing countries. They not only provide students with the guidance necessary to apply to foreign colleges but also help with application fees and financial aid forms. Zimbabwe’s USAP was the model and remains the gold standard. It has sent more than 400 students abroad, mostly to the United States, where the schools they’ve attended include Stanford, Harvard, Yale, M.I.T., the University of Chicago, Duke, Pomona — you name it. Many went on to earn Ph.D.s. Many became physicians. Six won Rhodes scholarships. 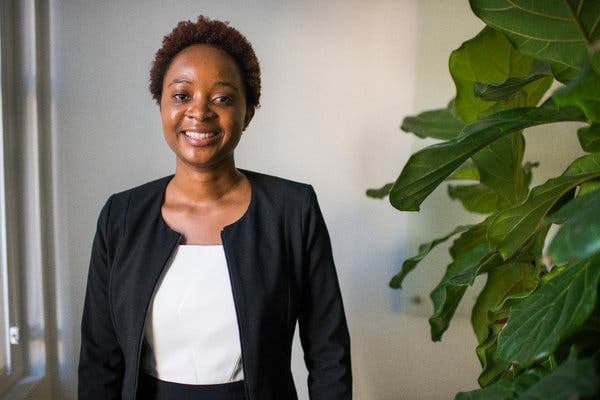 That’s worth dwelling on for several reasons, starting with this one: Zimbabwe is the sort of place that President Trump had in mind when he used a fecal epithet for poor, black and (to his thinking) worthless countries, but there is obviously great potential there, needing only to be recognized and nurtured. Countries don’t fall neatly into categories: good versus bad sources of immigrants. Reality is more complicated. Talent is universal.

For example, in another desperate part of Africa, Somaliland, there’s a remarkable school, Abaarso, that Jonathan Starr, an American philanthropist, opened in 2009. It educates children in grades 7 through 12. Its alumni have been admitted to and received financial aid from Harvard, Yale, Columbia, Brown, M.I.T., Swarthmore.

Those institutions’ receptiveness is another reason I’m writing this. Yes, America’s richest colleges stay that way by giving special consideration to families with the means to make big donations. But they simultaneously use some of their wealth, if not quite enough, to educate students who cannot contribute a dime to their tuition.

Zimbabwe’s USAP is also the story of the difference that one person can make. It’s run by and was the brainchild of Rebecca Zeigler Mano, an American who married a Zimbabwean, moved to Zimbabwe and couldn’t just shrug off the country’s misery.

“There’s a big gap — a big chasm — between the talent that we have in Zimbabwe and the opportunities,” she said on the first of two occasions over the last 13 months when I spoke with her in New York. She returns frequently to America, in part to raise funds.

Her program has become so well known and widely respected in Zimbabwe that every year she gets 700 to 800 applications for about 35 spots. “I like to tell Harvard that we are more competitive than they are,” she said. Many of the applicants are from remote rural areas; she tirelessly crisscrosses the country to interview them.

She also builds networks in the United States for the students who come here, so that they have places to go on school breaks — they can’t afford to fly home — and so that there are people to help with things like sheets and blankets. At the start she didn’t factor in their entire array of needs and got reports that USAP students were sleeping on bare dormitory-room beds.

“She’s one of my life heroes,” said Bruce Wharton, who was the public-affairs officer in the American Embassy in Zimbabwe when USAP began. “I don’t know anybody who has done so much on an individual, personal level to make our world better.”

Her ambitions are expanding: She plans to open a USAP boarding school in Zimbabwe next year. Money permitting, it will give up to 50 Zimbabwean students their 11th- and 12th-grade educations, so that they’re in the best shape possible to thrive when they go to college abroad.

She told me that she also hoped that the school would give the kids a deeper investment in Zimbabwe. In her ideal scenario, they bring the knowledge that they’ve acquired in college back to a country with a shortage of leaders, of innovators, of hope.

Wadzi said that she could envision getting a medical degree in the United States, becoming a pediatric oncologist and then returning home to help children who confront medical scares like the one that she survived.

I asked her about her impressions of America so far. She mentioned a trip to see, up close, a world-famous landmark that was familiar from so many pictures: the Statue of Liberty.

“You know the crown represents seven continents?” she added, referring to the spikes that radiate from it. She was transfixed by the fact that an icon so central to one country would allude to all the others; by the generosity of that symbolism; by its inclusiveness. “I remember really smiling,” she told me, “because I felt a part of that.”

She said that the tablet that Lady Liberty holds brought to mind studying, learning, growing. That, too, made her smile. “I’m here for an education,” she said. “And there’s a statue embodying what I’ve come for.”