There is a crisis in Zim says ANC

Source: There is a crisis in Zim says ANC – NewsDay Zimbabwe 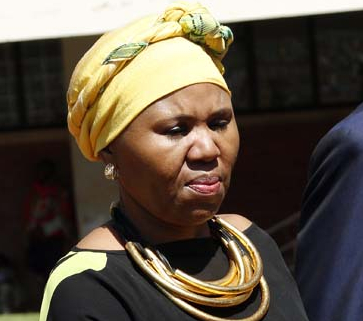 THE South African ruling party, African National Congress (ANC) has said Zimbabwe was in a crisis and millions of its citizens have lost their dignity hence the need for an immediate solution.

Lindiwe Zulu, the South African ruling party’s International Relations Committee Chairperson, said there was need to be ‘honest and frank’ in dealing with the multifaceted crisis in Zimbabwe.
“In the ANC’s view, yes, there is a political crisis in Zimbabwe, and we have to be frank and honest about it,” Zulu said.

“If we are to help the situation, then we have to be frank and honest about it because we are asking the question, where is the dignity in all the Zimbabweans who are here?” said Zulu.

She said Zimbabweans, mainly young women, have been stripped of their dignity as they are being harassed and humiliated in workplaces in South Africa while others are chased away at the border all in desperate attempt to eke a living.

“Let us be mindful that the situation in Zimbabwe is not that easy,” Zulu said.

“As for the ANC committee on international relations, we also have had our own meetings looking into the situation in Zimbabwe and what else can we do from an ANC point of view, engaging with Zanu PF as a sister political party. ”
They are some of the things we have to be very frank and discuss about without necessarily breaking relations because we are neighbours. We have to be frank about each other and make sure Zimbabwe is what Zimbabweans and the African continent want it to be,” she said.

Zimbabwe President Emmerson Mnangagwa is adamant that there is no crisis in Zimbabwe, and decried ‘divisive falsehoods’ and ‘unjustified attacks’ in his Heroes Day speech yesterday.

“The divisive falsehoods and concoctions by renegades and supremacists who want to pounce on our natural resources will never win the day,” he said.

Mnangagwa has borrowed the mantra of his predecessor, the late Robert Mugabe who was removed from power by his military chiefs in 2017, of accusing the West of funding the opposition to destabilise the country.

Newer Post
Penalty for ED, but don’t bet on him scoring
Older Post
Zimbabwean Parliament and Senate’s disregard for the rule of law continues unabated