This is naked corruption

Source: Zimbabwean Parliament and Senate’s disregard for the rule of law continues unabated – The Zimbabwean 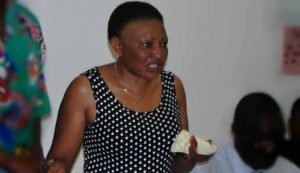 Dear Parliament and Senate of Zimbabwe,

Curiously, you submitted only 15 legislators, all of them who got into the august house through proportional representation. I cannot tell whether Honorable Amos Chibaya, Honorable Prosper Mutseyami and Honorable Charlton Hwende have or do not have cases before the courts which could have led to you not declaring their seats vacant as well, but the names are not on the list of legislators whose seats have been declare vacant.

One suspects therefore that you are doing all this in a corrupt manner. Why should Parliament declare seats vacant for cases that are in the courts, and leave out cases which are not before the courts? Chances are that there have been behind the scenes discussions between the ZEC, Parliament and the Dr. Khupe faction of the MDC in which it was established that the MDC-T faction lead by Dr. Khupe is the weaker of the two factions and is not capable of winning any contested seats in Parliament, so the seats that are uncontested in an elections are the ones that should be given to the Dr. Khupe lead faction to pacify those who had been promised they will enter parliament.

Whichever reasons you may want to use to defend your corrupt deeds, what you did is brazen corruption, and the country’s President, illegitimate as he may be according to the views of some Zimbabweans, has openly and publicly told the world how he is fighting corruption. One wonders then whether he is genuine about his stance against corruption when corruption is happening inside Parliament and no action being taken.

It remains to be seen how ZEC will handle this one.

Newer Post
There is a crisis in Zim says ANC
Older Post
Bills in Parliament : Legislation Discussed in Cabinet