They want to kill me: Marry

Source: They want to kill me: Marry – NewsDay Zimbabwe 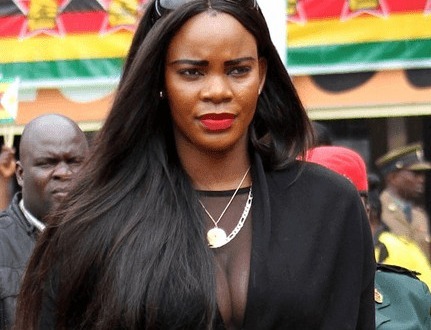 VICE-PRESIDENT Constantino Chiwenga’s estranged and ailing wife Marry Mubaiwa yesterday claimed she is living in fear as unknown people were frequenting her offices and stalking her and some of her relatives.

Marry and Chiwenga are going through a nasty divorce which is playing out in public, with the Vice-President alleging that the former model tried to kill him in July last year when he was bedridden in a South African hospital.

A visibly sick Mubaiwa was on Monday forced to attend court from an ambulance stretcher to cancel two warrants of arrest that were issued after she had failed to attend court due to
ill-health to answer to allegations of money-laundering and attempting to kill Chiwenga.

Mubaiwa has, however, hit back at the retired military commander, alleging that he was fabricating charges against her in a bid to fast-track the divorce.

In an exclusive interview with the NewsDay, yesterday, Mubaiwa said unidentified people driving an unregistered blue Mazda BT50 visited her Eastlea offices on Monday and Tuesday while her relatives have also been put under surveillance.

Mubaiwa said her life had been turned upside down since her arrest in December last year on allegations of trying to kill Chiwenga and money-laundering.

“I am very much afraid for my personal life at the moment. I am living in fear. I just don’t know why I am being stalked and my calls being monitored. They want me dead and are using every trick in the book and if anything happens to me, there would be no witnesses,” she said in between sobs.

“On Monday, while I was coming from court, I was told that an unregistered Mazda BT50 with three people was parked at my offices. The people were taking pictures. They are said to have even slept there, why are they doing this, they know better.”

The former top model said her workers were also living in fear that anything could happen to them.

“The level of intimidation is just too much,” she said.

“This has been happening for a while now. What wrong have I done? What sin have I committed to deserve this?

“It is really sad that we have men who still take pride in dehumanising women to that extent. God has ways of bringing out the truth and as they say, the truth will set me free. I have a lot to say, but I am human, I will be quiet. My silence will be out of respect for my children, my and his (Chiwenga) own integrity.”

On her court appearance on a stretcher from an ambulance, she said: “I am sick, I really cried outside the court. I felt I had had enough and felt like giving up, but I just prayed to God to protect me. That is how I gathered strength.”

Mubaiwa said she missed her children whom she is being denied access to and as a result, was under emotional stress and “as good as dead”.

“A lot has been cooked, what is worse than being called a potential killer, a witch, a drug addict?

“My rights as a woman have been violated. I have faced the worst because of my husband. He is even preparing more, do I care, no. I know the truth and I will stand for that,” she said.

“They have created all sorts of allegations against me, labelling me all sorts of names and vowing to crush me with all arsenals at their disposal, sounds scary, but God will always protect his own. I pray one day, people will get to know the truth and it will be soon.”

Mubaiwa said she was supposed to seek medical attention outside the country after suffering severe injuries from the White City Stadium, Bulawayo, bomb blast on June 23, 2018 at a rally that was addressed by President Emmerson Mnangagwa.

“They cannot allow me to go outside the country to seek medical attention, but I was injured while supporting my husband at work. I am not a politician, I knew nothing about politics, but

I went there to support him, being a supportive wife that I was and this is what I get in return,” she said.

“Everyone, who got injured that time is receiving medical attention outside the country, including him (Chiwenga), but I can’t because they can’t release my passport. They want me dead and are using every trick in the book. I only pray to God that I get healed. I am in pain.”

Mubaiwa is out on bail and facing charges of attempted murder and externalisation. She denies the charges.