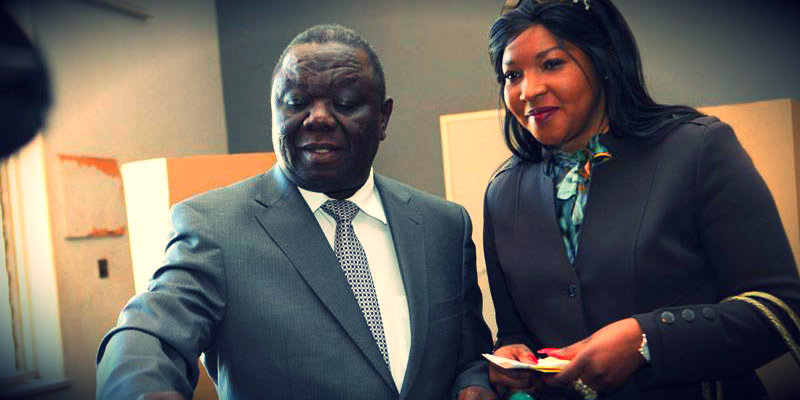 Source: Things you might not know about Tsvangirai – NewsDay Zimbabwe February 16, 2018

The late MDC-T leader and former Prime Minister, Morgan Tsvangirai has been described as a champion of democracy. He has been lauded for his humility and for uniting the people of Zimbabwe. Here are some of the things you might not know about the man.

• In 1972, he got his first job. He worked as a trainee weaver for Elastics & Tapes textile factory in Mutare.

• In 1974, he began working at Trojan Nickel Mine. During this time he also became an active participant of the Associated Mineworkers Union.

• He continued working in the mine gaining recognition. This resulted in the Mine Workers Union electing him vice president in 1985.

• In1988, the Zimbabwe Congress of Trade Unions made him secretary-general. He was so popular and successful that he remained in this role until he resigned eleven years later due to the trade union splitting into different parties.

• In 1997 and 1998, he openly opposed President Robert Mugabe’s taxation policy. Using his position as secretary general, he led a series of strikes. At the same time, he joined the National Constitutional Assembly and served as its chairman. He strongly campaigned in favor of creating a new constitution for Zimbabwe.

• In 1999, he formed the Movement for Democratic Change. The party proved to be the most successful opposition challenge in Zimbabwe history.

• He ran as a candidate in the presidential elections in 2002 against the current president Robert Mugabe. Right before voting, however, he was charged with treason over allegations that he was attempting to assassinate the current president. It was widely believed that Mugabe won by rigging the elections

• He continued to be arrested, acquitted, and rearrested countless times between 2002 and 2007. He was arrested for treason for plotting assassination, calling for mass protests, and during a very controversial prayer rally.

• On September 15, 2008, President Robert Mugabe and Morgan Tsvangirai signed the Global Political Agreement. This negotiation led to a power sharing agreement, with Mugabe remaining as president, Tsvangirai as prime minister, and another leader, Mutambara, as deputy prime minister.

• On February 11, 2009 he was sworn in as prime minister of Zimbabwe. Despite the shared power, the new government was overwhelmed with disagreements and conflict.

• In the 2013 general elections, which were once again believed to be rigged, Robert Mugabe was re-elected as president. As per the 2013 Constitution, the office of Prime Minister was abolished.