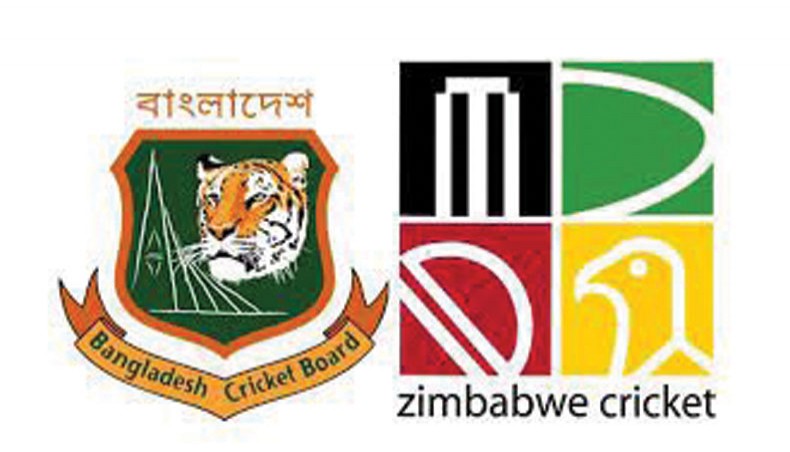 Bangladesh Test team departed for Zimbabwe on Tuesday early morning for the Tiger’s first tour to the country in over eight years.

Bangladesh’s previous tour to Zimbabwe was back in 2013, where they drew the two-match Test and Twenty20 series but lost the one-day international series 2-1.

This time, the national team will play a one-off Test against the hosts, followed by three ODIs and T20s and on Tuesday barring Shakib Al Hasan, who is currently in the USA, 17 selected players of the Test side left for Harare, where all the matches are scheduled to take place.

The Tigers will be making stops at Doha and Johannesburg, where they will be joined by Shakib and their foreign support staff, said the team director Ahmed Sajjadul Alam.

‘Today only the Test team players, medical staff, local support staff are leaving Dhaka. Shakib will join us in Doha, Rangana Herath [newly appointed spin bowling coach] is also expected to join us there. The rest will join us in different points according to their locations,’ the BCB director told New Age.

Head coach Russell Domingo, fielding coach Ryan Cook and Physio Julian Calefato; who are all from South Africa, will join the team in Zimbabwe along with the new protea on board, Tiger’s batting consultant for this series, Ashwell Prince.

Pace bowling coach Ottis Gibson and trainer Nick will also join the team in South Africa while video analyst Shrinivas Chandrasekaran will meet the rest of the team in Zimbabwe.

‘We will stay in a hotel for a month and we cannot go out. They will quarantine us for one day, then do their observation and testing etc,’ Ahmed told the media.

The Tigers Test team members will be playing a practice match on July 3-4 though the venue and the opposition is not decided yet.

The only Test match will be played at the Harare Sports Club, which will begin on July 7.

Initially 17 players were called up for the Test, but in the last minute Mahmudullah was added as the 18th member.

The Tiger’s T20 captain was brought in as a backup for Tamim Iqbal and Mushfiqur Rahim, who are still recovering from injuries.