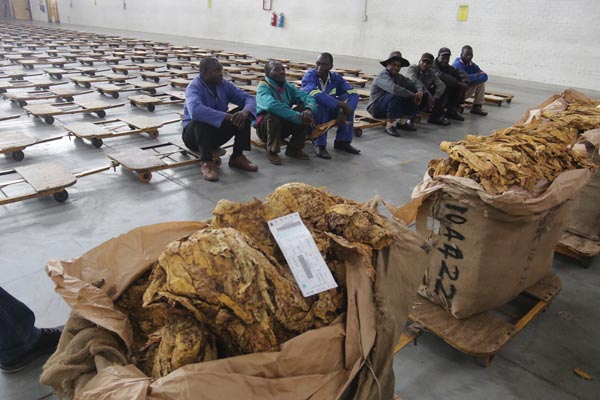 THE Tobacco Industry Marketing Board (TIMB) has intervened in the impasse between transporters and Voedsel Tobacco Company.

This was after disgruntled transporters demonstrated at Voedsel’s Karoi depot last Monday.

The transporters came from Hurungwe, Mvurwi, Rusape and Bulawayo.

TIMB chief executive officer Meanwhile Gudu confirmed that they were working towards an amicable solution over the matter.

“I have spoken to Voedsel and they are saying they paid all the transporters, but transporters as services providers are denying it. As TIMB, we are now working towards resolving the impasse from both parties. We have requested Tobacco Transporters Association of Zimbabwe to submit all the names of transporters who have not been paid so that we resolve the issue amicably. We all need each other for the benefit of the tobacco sector,” Gudu told NewsDay yesterday.

Tobacco Transporters Association of Zimbabwe representative Rutendo Sande confirmed that the issue was being handled by TIMB.

“I can confirm that the issue of unpaid transporters is being handled by TIMB and I cannot comment further,” Sande said.

Another transporters’ representatives Vimbai Gwaringwesu said they were not happy as the company officials had been making empty promises since May.

“The transporters were patient since May as they kept promising that the payments were being worked out. We have staged this demonstration so that they know that we are not happy at all. Unfortunately, they fled from the premises,” he said.

According to a leaked list, Voedsel owes US$61 500 to 15 transporters of the golden leaf.

Voedsel managing director Innocent Mahufe could not be reached for comment on his mobile phone,  but a company official in charge of payments Tennyson Hwandi claimed that payments were made.

“All the transporters were paid their dues except for those who misrepresented where they took their tobacco from, so it still under investigation,” Hwandi said.