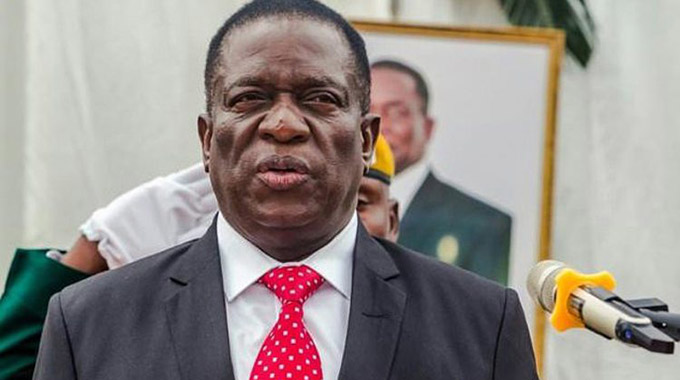 Tendai Mugabe in GWERU
President Mnangagwa says Government is repossessing land from multiple farm owners and will soon redistribute it to the youths and other Zimbabweans yearning to venture into farming. Addressing his first meeting with youths since his inauguration on November 24, 2017 here yesterday, President Mnangagwa said Government was also downsizing farms to benefit those who did not have land.

He was responding to a request by the youths who indicated that they also wanted to benefit from national initiatives such as the Land Reform Programme. He said no individual should disadvantage others on land ownership. “There is a land audit committee underway,” said President Mnangagwa.

“The committee is discovering that there are people with more than one farm and we are taking those farms and leave you with one. We have also discovered that some farms are very big farms exceeding what is recommended depending on the region. We are downsizing those farms and you have requested that when we redistribute, we must think about the youths,” he said.

“That message is very clear. We do not want one individual to disadvantage others. We want fairness in the distribution of land. On that request we take it on board by making sure that the land we are getting back as a result of people with many farms we are going to take, some we have already repossessed, and some of that we are going to downsize, we will give our people.”

He called for maximum utilisation of land using technology, taking into consideration that land does not stretch. “But, of course, our land cannot grow so we need new technology on our land so we make our land more productive per hectare,” he said.

“With Command Agriculture, we are now saying bye-bye to food deficiency in the country. Again, Zimbabwe will not suffer from lack of food. We had a programme that whether we receive enough rains or not, we will have enough food in our country.

“We have acquired centre pivots from Spain and they are now being assembled. We signed another agreement for more to come so that we have enough land under irrigation to give us enough grain whether we receive enough rains or not.”

On the other concerns raised by the youths in the mining sector, President Mnangagwa said: “During the briefing with your leaders they requested that we reduce mining royalties so that you can do your work and pay later. I did not see anything wrong with that because all of you are local people.

He said according to his administration’s plans, the country should be producing in excess of 2 000 megawatts of power in the near future.