Tinopona and the ‘expectations of a Zim celebrity’

Source: Tinopona and the ‘expectations of a Zim celebrity’ | The Sunday News

Bruce Ndlovu, Sunday Life Reporter
IT was meant to be a motivational post with the purest of intentions.

It was an image posted on Tinopona “Tin Tin” Katsande’s Instagram account as she loaded trays of eggs into her car.

Along with the picture, the former Studio 263 actress had words of encouragement for would be entrepreneurs. On the post, she revealed how she had first tried a vegetable business and after its failure, she had ventured into poultry.

She cautioned how those that wanted to follow the same line of business should do so but be mindful of the fact that they could not count their chickens before they hatched. She revealed how after numerous tries, it was fourth time lucky for her, with her eggs now moving by the boot load.

All in all, it was a feel-good post, one with valuable nuggets of knowledge for the aspiring entrepreneur. However, on social media, a cloud of controversy hangs over the most innocuous of posts and even the most innocent of posts can leave a trail of nasty comments.

The image of Tin Tin, a tray of eggs in her hands, a baby on her back, a red snap back covering her head, while only socks and slippers protected her feet from the biting winter cold, seemed a far cry from what some Zimbabweans expected of her.

This was the same lady that had been introduced to Zimbabweans during prime time, back in those days when families congregated at 7:30PM to catch a half hour of small screen bliss by watching Studio 263. This was Joyce Huni, the sparkling daughter of a wealthy businessman, a girl with a personality and body tailormade for the glamour of the modelling ramp. If she is not that anymore, at least she is Tin Tin, the radio host from whose tongue the English language seemed to slide off with a seductive and consistent twang.

If the social media jesters were to be believed, the mother with the baby strapped to her back, pushing her “hustle” was simply not the Tin Tin they knew. After the jokes made about her appearance and her chosen stream of income, there was a backlash from fellow Zimbabweans who understood her line of work. 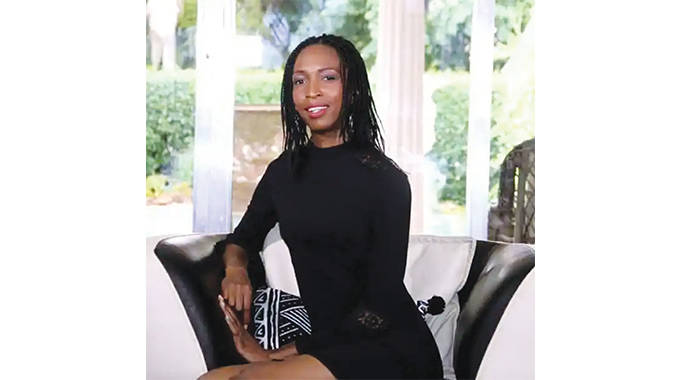 With the help of a few notable figures, the hashtag #FambaTino was trending and people were queuing for a helping of some eggs and a selfie. In the end, it had worked out in her favour. However, for artistes, her predicament was an all too familiar lesson. While times might be hard, with Covid-19 crippling what was an already struggling entertainment industry, artistes are still expected to be picture perfect, pretending to live lives that are simple beyond their means.

“One of the reasons why it’s always difficult for artistes, especially those that would have made a name, to try and do other things is exactly what Tino is going through in terms of people ridiculing her and whatnot,” said playwright and arts administrator Raisedon Baya.

“For me I see entrepreneurship. I see a woman who is saying my other means of getting money are dry and I am prepared to earn an honest living by doing what she is doing. Instead of laughing at her, I think for a lot of artistes, especially the younger ones that have for the past two years not been making money, they should be looking up to her for creating other streams of revenue. So, for those that are laughing I think it’s laughter that’s based on ignorance because we always assume that fame means fortune. In Zimbabwe, it’s not that. You can count on one hand the people that are famous and have the fortune to go with it. They’re very few. What it basically means is that this is the ugly reality of our sector where your name does not mean you have a lot of money so you have to find other means to survive.”

Baya also said that while some people had used Tin Tin’s situation as fodder for jokes, the truth was that most people in other professions also needed to supplement their incomes.

“There are a lot of artistes that are doing what Tino is doing so she needs to be applauded for it. People are saying she is now famous yet she has no money but remember Tino worked for radio and did other jobs, she had other careers so it should not boil down to her being in the arts. I think this is in most sectors. It’s like a teacher who after having worked for 10, 20 years discovers that they have to go to the market and sale some wares or your insurance broker that discovered that the money they saved was not enough. This applies to people playing soccer as well so I don’t think people should necessarily attribute to the arts only. This is the reality of the economy and the reality of the fact of the fact that fame is not fortune,” he said.

Baya’s comments were echoed by rapper Asaph, who pointed out that a lot of people were already working more than one job to supplement their incomes. It seemed that artistes, he said, were the only ones that got judged harshly whenever they did so.

“It’s just unfortunate that when people see artistes or people that are in the “limelight” they tend to mock you then everyone in Zim is doing more than three things. You have your job where you’re employed then two or three other things. I guess it’s just unfair that artistes are judged for having more than one thing.

“I applaud the way that she has been hustling. It’s really tough for artistes to venture into other businesses. This is because people already believe that we live these glamorous lives and that art is high paying. I think it’s just up to you as a person to say I’m doing this to put food on the table because at the end of the day, all these people that speak a lot they don’t contribute a cent to your artform,” he said.

Comedian Ntando Van Moyo said those that usually made of fun of artistes when they ventured into other businesses were those that never supported them anyway.

“The people that actually make a contribution that care about your artform and wellbeing will support you whether you’re selling mopani worms or whatever because they believe in your brand. So, whatever you sell, they will always believe in it. Those people that have contrary views are usually just haters that don’t want to see you progress anyway. It’s a really tough call for artistes,” he said.