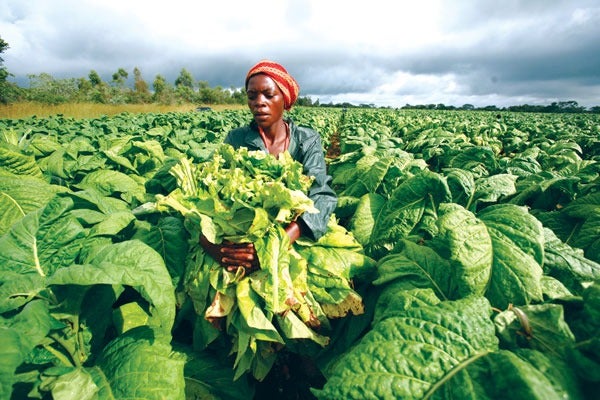 TOBACCO seed sales have declined by 20%, with the volumes being the lowest since 2015, a development that could see reduced hectarage of the crop next season, a Zimbabwe Tobacco Association (ZTA) report has noted.

A total of 737,6 kilogrammes of seed were sold by the conclusion of the seasonal seed sales, which potentially, according to historical seed houses data, could plant about 125 000 hectares.

“This is down 20% on 2018/19 plantings, but in line with the reduced number of growers registered for the 2019/20 season. It was also expected given the difficult economic season facing many farmers. The seed volume is the lowest sold since 2015,” the report said.

“This will, weather dependent, see a reduction in the crop size to levels of 200-220 million kilogrammes,” it said.

Auction volumes account for 12,5% of the total volume sold to date, a continual seasonal reduction in volumes offered for sale on auction floors.

The ZTA said auction floor prices remained depressed throughout the season, although there was a slight improvement after three quarters of the crop had already been delivered.

“Most of the growers who sold on the auction floors have received sub economic returns and this will have an impact on their ability to finance themselves for the next season and resultantly, most have turned to contractors to look for inputs and working capital support. This will naturally lead to further declines in auction tobacco,” it said.

The report notes that grower registrations, not surprising given the difficult season and economic conditions, are 20% on 2018 same time.

“This is the reflective of the viability challenges a significant portion, especially those under auction or non-contracted, faced during the season. High input costs and limited access to working capital remains lacking for this category of growers in particular,” it said.

“Most major contractors are in the process of securing inputs and working capital for the new season using US dollar offshore lines of financing. Hail insurance companies have recently got approval for off shore crop insurance.”

The association added that commercial growers were progressing with their irrigated plantings which are forecasted to be lower due to the previous dry season in which water resources such as dams in many growing areas did not fill.

“Dryland plantings will commence in mid-October. Small scale preparations are behind with a large portion of land preparation still to be done. This sector will start planting once the rains have established themselves,” it said.

Although a record volume of tobacco has been sold this season, ZTA further noted that foreign currency earnings to the farmer and the country significantly dropped by 30%.

“This has had a direct impact on growers’ overall viability this season. Significant upwards movements in the official exchange rate towards the end of the season meant prices for imported inputs such as fertilizers, chemicals, fuel became unaffordable to many farmers who sold earlier in the season and attempted to retool in August and September,” it said.

Some of the factors that contributed to the lower tobacco prices this season included over production coupled with a high carry over of unsold stock from the 2018 selling season, lower quality for certain styles of tobacco caused by the drought, changing demand for leaf styles and qualities in key markets, increased demand for value tobacco from non-premium markets, policy inconsistency throughout the selling period, lack of confidence by important buyers due to the general economic environment.