‘Too much freedom being abused’ 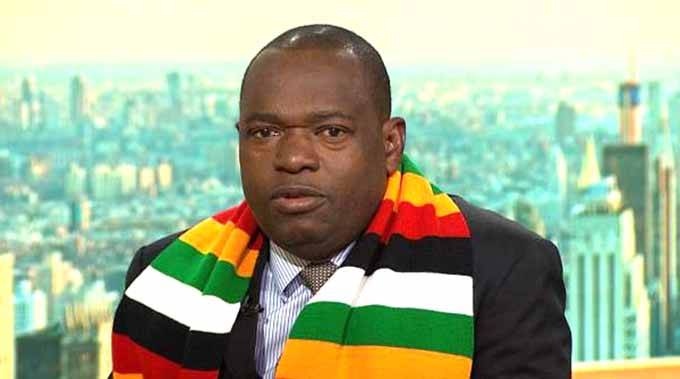 Felex Share Senior Reporter
The pre-election environment has been characterised by “too much” freedom and some opposition parties are now abusing that liberty, diplomats said yesterday.

Dr Moyo was briefing the diplomats on preparations for the harmonised elections slated for Monday next week.

“The current environment is characterised by too much freedom,” he said. “When you give your children some freedom they tend to abuse it. The Zimbabwean people should understand that freedom is there for you, but you should manage it properly.

“I think the new dispensation has freed the people of Zimbabwe. They are enjoying this freedom, but they should not abuse it because, as everybody can see, the environment is peaceful. Where there is peace, there are always people, some thugs, who want to derail (the process) and cause havoc, but overall, I have been here long enough to tell the people of Zimbabwe that this is the most peaceful election season I have witnessed in Zimbabwe.

“Use it wisely so that next week we can all celebrate,” he said.

United States Ambassador to Zimbabwe Mr Brian Nichols said: “The preparations (for elections) have gone quite largely well. I think there are still some issues to be resolved, but progress as compared to past elections is impressive. The key is that Zimbabweans express their will at the ballot box. It’s your voice, your vote, go vote.”

British Ambassador to Zimbabwe Mrs Catriona Laing said levels of violence had gone down in the country.

She urged Government to continue clearing the air on the role of traditional leaders and the army in the polls.

“We appreciate the comments that the Government has made to try and correct that,” she said. “In these final stages, there are two issues important. One is assuring the voters on the secrecy of their vote and assuring that the military will have no direct involvement in this election and will accept the results.

In his remarks, Dr Moyo said Government was satisfied that the full election cycle had gone smoothly, according to the Constitution and within set time-frames.

“We are happy that the campaign period has been largely peaceful, except for insignificant intra-party skirmishes that characterised the political parties’ primary elections,” he said.

“We unreservedly deplore the isolated terror attack at White City Stadium on June 23, 2018 which targeted the entire top leadership of the ruling party, Zanu-PF. I assure you that the competent arms of Government are very much seized with the matter. As Government, we appreciate the solidarity messages we have received from you.”

“As Government, we have to ensure that all stakeholders in these harmonised elections fully participate without any hindrance or impediments and this has enabled all political parties to freely campaign and reach out to all constituencies of the country,” Dr Moyo said.

“The same applies to civil society organisations and media registered with Government. We really take joy from this remarkable development. As Government, we are deeply and truly grateful for all the electoral assistance that has been rendered by our cooperating partners and which we believe will greatly assist in delivering a successful election.”

Dr Moyo said the untoward rhetoric and provocations by some stakeholders threatened the peace and tranquillity in the country.

“We can only conjecture that these are macabre machinations meant to tarnish our democratic traditions, electoral institutions and, above all, unleash violence and mayhem that may lead to the postponement or cancellations of the elections altogether,” he said.

“We applaud the very impartial stance taken by all the observers so far who have seen these selfish pretences. We want to assure our people that their vote will be secret, sacrosanct and fully protected. Government will ensure the rule of law is respected by all and order will prevail.”

Government, Dr Moyo said, wanted to ensure all democratic institutions were respected and allowed to execute their mandates freely.