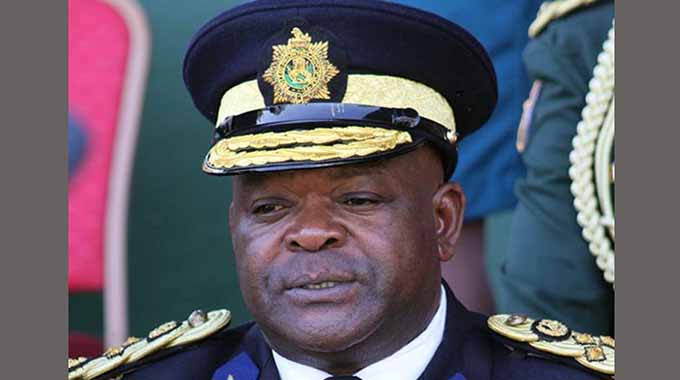 The Zimbabwe Republic Police (ZRP) will deploy 71 000 officers for the country’s harmonised elections next Monday and has put measures in place to ensure that the polls take place in a peaceful and secure environment, Commissioner-General Godwin Matanga has said.

Speaking at a Press conference in Harare yesterday, Comm-Gen Matanga said police had already increased visibility through focused deployments throughout the country in the build-up to the elections and would continue on the day of election, as well as the period after.

“We had planned to deploy something like 64 000 officers and not too long ago the Zimbabwe Electoral Commission increased the number of polling stations by 1 390,” he said.

“We had to run around and mobilise disciplined members of our police constabulary. The figure is no longer at 64 000, but it is coming up to something like 71 000 as a round figure,” he said. “Furthermore, identified hotspots prone to political violence and other volatile areas are being monitored on a continuous basis.”

Comm-Gen Matanga identified Norton as one such area where a lot of exchange of nasty words had been noted although there were no physical fights reported.

He said the force would deploy adequate numbers of police officers at each polling station to maintain law and order, as well as provide assistance if called upon by the presiding officer.

“To effectively discharge their duties and responsibilities, all our officers have been retrained on various aspects and laws governing the holding of democratic elections, as well as the preservation of law and order in the country,” he said.

“In fact, let me highlight that all police officers are now ready for deployment and they are fully acquainted with the role of police during the forthcoming harmonised elections as well as their duties and responsibilities.”

Speaking on recent postal ballots, which received mixed reactions from various quarters, Comm-Gen Matanga said these were provided for under Section 72 of the Electoral Act and 4 606 people had applied for the facility.

“The law does not provide for the presence of ZEC officials or observers or political party agents, hence these persons were not present during the postal voting of police officers,” he said.

“In accordance with the Electoral Act, police officers were afforded the opportunity to vote through the postal vote at their own convenience.

“The rest of the police officers will actually cast their ballots at their respective polling stations on July 30, 2018 as earlier revealed by the ZRP and ZEC in numerous meetings and workshop briefings. I would like to assure all Zimbabweans that we guarantee their safety and security throughout the election period. We also guarantee the safety and security of all election observers and journalists alike.”

Comm-Gen Matanga said no person should interfere with the voter’s right to secrecy while casting their vote and urged political leaders and their members to refrain from making irresponsible, inflammatory statements which may incite irresponsible or violent behaviour.

He denounced violence against women and thanked Zimbabweans for exhibiting a high level of political maturity by conducting themselves peacefully throughout the campaign period.

Comm-Gen Matanga said there were isolated incidences of intra-party and inter-party political violence that were reported, including defacing, destruction and superimposition of campaign posters.