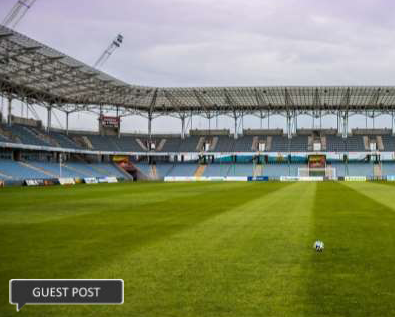 Zimbabwe is one of the African countries that boast of having crème de crème in the world of soccer. Despite facing stadia ban due to poor standards, something that put ZIFA at loggerheads with CECAFA and FIFA, the country boasts of vibrant football culture. Some of the country’s best football talents have active contracts in various top-tier leagues across Europe. If you are a punter looking to place a bet on the Zimbabwean team in the new season or any other game, these betting reviews on usbet.codes could be your starting point.

In this report, we look at the top five richest Zimbabwean soccer stars to give you a head start on just how the country is progressing in the soccer enterprise. Even more importantly, a look at how much each of the players earns per year will give you a glimpse into their vibrant careers.

Marvelous Nakamba has made a fortune playing football at the highest level. Born on 19th January 1994, Nakamba is one of the top soccer stars who have earned a good name in the football world. Nakamba’s first international football contract started in 2012 when he moved to France to play for AS Nancy. He would later move to the Dutch league when he joined Vitesse Anthem. In 2019, Nakamba joined the English premier club Aston Villa for a lucrative contract worth 2.2 million pounds per year.

Presently, Nakamba is the richest soccer star in Zimbabwe. He is a player whose fortunes have quickly doubled in recent years. Despite international players who earn Nakamba’s weekly wages of 50 million Euros per week must have worked in the UK for at least 6 years, the player is lucky enough to take home such a lucrative package.

Nyasha Musheki is another wealthy Zimbabwean soccer star. Born on the 21st of August 1987; the 33-year old both talented on the field and rich. Nyasha is currently contracted by the Chinese team Zhejiang Greentown, where is earning a lot of money. He also bought a bus for his former club in Zimbabwe, Caps United. Nyasha called it quits playing for the national team in 2019.

Also known as Philana Tinotenda Kadewere, Tino is not only a popular Zimbabwean soccer star but also very rich. He is currently playing in Europe, plying his trade at the French team Le Havre. Tino wields a huge influence on the Zimbabwean national team. The youngster plays as a striker and also a midfielder.

Billiat’s net worth is somewhere around 18 million Rand. Born in 1990, the Zimbabwean international is currently contracted by Mamelodi Sundowns, a very successful football club in South Africa.

Knowledge Musona is a Zimbabwean international soccer player who was born on the 21st of June 1990. The smiling assassin, as he is popularly known, plies his trade at the Belgium pro league as a forward and sometimes a left-winger for Anderlecht. He has also played in South Africa and Germany. Musona is also an influential figure in the national team. He earns 100,000 dollars per month.