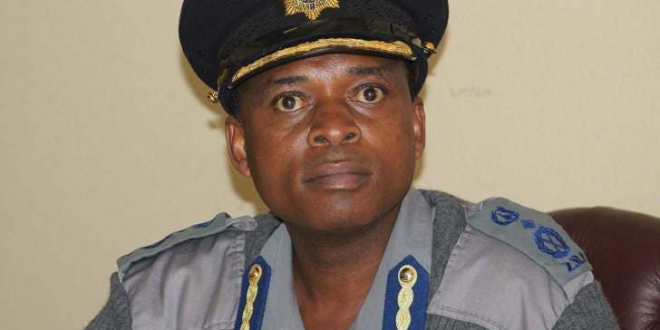 POLICE Commissioner Erasmus Makodza, who was recently arrested and charged with criminal abuse of office, has filed a complaint to his boss, Commissioner-General Godwin Matanga, accusing a constable of corruptly engaging an interested party in a matter which is before the courts.

Makodza, who is in charge of Matabeleland North province, is out on $10 000 bail in a case he is accused of illegally crafting a deal for his alleged girlfriend, Mawonei Chapfudza, which enabled her to enter into a farming joint venture with the police at Lendy Farm, Marondera in 2019.

In a letter addressed to Matanga dated March 4, 2021, Makodza through his lawyers from Nyamayaro Makanza and Bakasa Legal Practice accused constable Fortunate Dube of Marondera District Headquarters of engaging in underhand dealings with land developer, Felix Munyaradzi, conduct which is likely to bring the reputation of the force into disrepute.

Makodza is embroiled in a botched US$40 000 land deal with Munyaradzi and the issue is before the courts.

“Our client is a complainant in a case of fraud where the accused is Felix Munyaradzi. Our instructions are that your officer Constable Fortunate Dube is engaged in a suspicious relationship with Felix Munyaradzi which amounts to corruption practices,” the letter read in part.

“It has also been established that the house located on stand number 8224 Rusike Phase 3 in Marondera registered in Constable Fortunate Dube’s name was built using funds from Felix Munyaradzi,” read the letter.

The lawyers said it was also established that Dube was married to a Zimbabwe Anti-Corruption Commission official, Eric Chacha, who is the investigating officer in a case involving Makodza.

“Considering the above circumstances, we humbly request that your respected office cause investigations into conduct of Constable Fortunate Dube. We shall be grateful to know the outcome of your investigations,” the letter read in part.

On February 10, 2021, Makodza wrote to the Special Anti-Corruption Unit asking it to investigate Chacha for abuse of office after he allegedly got him arrested in a bid to rescue Munyaradzi over the botched land deal.