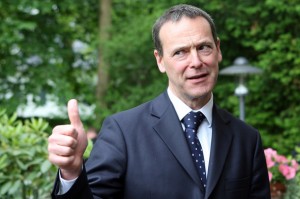 THE permanent under-secretary in the Foreign and Commonwealth Office, Simon McDonald, arrived in the country this week, the second high-profile British government representative to visit Zimbabwe inside three months, in another sign of thawing relations between Harare and Whitehall.

This follows indications that Zimbabwe, which withdrew from the Commonwealth in 2003 over sharp differences arising from its 2002 elections as well as land redistribution programme, might have some representation at the grouping’s April summit to be held in London. This would be a precursor to Zimbabwe’s eventual readmission.

The immediate past Britain’s Africa Minister, Rory Stewart, who was changed in this week’s Cabinet reshuffle, visited Zimbabwe last November and met President Emmerson Mnangagwa, successor to the UK’s bête noire Robert Mugabe, whose 37-year reign was forcefully ended by the military.

Despite warm early ties, Mugabe’s relationship with Britain soured in 2000 when he oversaw the seizure of white-owned farms, which his government parceled out to landless blacks.

McDonald, whose position makes him the head of the UK’s diplomatic service, visited South Africa and Botswana before heading to Zimbabwe.

“I planned my tour of Southern Africa months ago. After the events of November, I added Zimbabwe to the itinerary,” McDonald revealed on Twitter.

Details of the meetings have not been made public, but recent developments point to a desire by the UK to change its stance on Zimbabwe in line with the change of guard in Harare.

Mnangagwa has indicated his intention to end Zimbabwe’s estrangement from the West and will this month attend the World Economic Forum annual meeting in Davos later this month. He has also undertaken to deliver a free and fair election this year while implementing economic reforms, key Western benchmarks.
Britain, on the other hand, has hinted at supporting efforts to stabilise Zimbabwe’s currency system and providing a bridging loan to help the country clear its arrears with international lenders, on condition that Zimbabwe shows “democratic progress”.

“Those are indeed the things that we would try to do to help Zimbabwe forward, but we’ve got to see how the democratic process unfolds,” British Foreign Secretary Boris Johnson told Reuters on the sidelines of an African Union-EU summit in Abidjan, days after Mugabe’s ouster.