Tourism on the rebound 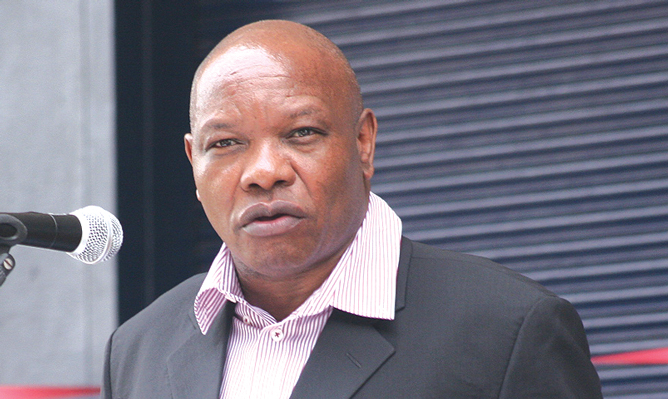 THE average hotel occupancy rate in the first quarter of 2018 for Bulawayo hotels rose by 44%, up 15 percentage points from the levels recorded in the same period last year, industry officials have said.

In separate interviews with Standardbusiness last week, industry officials said the tourism sector in the City of Kings was on the rise following the promotion of meetings, incentives, conventions and exhibitions (Mice).

“For instance, in the first quarter of 2018, the average hotel occupancy rate rose from 29% to 44%,” Zimbabwe Tourism Authority CEO, Karikoga Kaseke, said.

He said Bulawayo was yet to reach its full potential considering the rich tourism assets the city was endowed with.
Kaseke said there were 67 accommodation facilities that had qualified to be registered as lodges by ZTA in Bulawayo.
These included lodges, guest houses, bed and breakfast facilities and hostels.

In addition, there are also 24 registered hotels in the city.

Kaseke said the city could implement initiatives in partnership with various stakeholders in the tourism sector for instance packages can be crafted for Bulawayo domestic tourists to visit the rich tourist attractions around the city in line with the authority’s push for domestic tourism.

He said there were a lot of initiatives being implemented at national level to promote tourism in Bulawayo, such as emphasising on Mice, as it was an effective tool for destination promotion.

“For example, ZTA moved Sanganai/Hlanganani from Harare to Bulawayo four years ago.

“The promotion of Mice in Bulawayo has also directly and indirectly seen other major events being held in the City of Kings for example the city has held major multinational events which included Co-ordinating Committee for the Development and Promotion of African Handicrafts and Youth in Tourism conferences in 2017,” he said.

In addition to promotion of Mice, Kaseke said, there had been a major national drive to promote sport tourism in the country in general and in Bulawayo in particular.

He said ZTA was working with stakeholders in Bulawayo in growing festivals such as Intwasa.

“Globally, festivals have also proved to be effective in growing tourism.

“Lastly, the authority has also been working with stakeholders in Bulawayo in developing and promoting township tourism as a product.

“All these initiatives are expected to boost more tourist arrivals into the City of Kings,” Kaseke said.
Zimbabwe Council for Tourism president, Tichaona Hwingwiri, said Bulawayo had a long and rich tradition of success in travel and tourism and for decades the city and surrounding areas had been a major attraction for visitors from all over the world.

However, during the past 18 years, the region has experienced a downturn in visitor arrivals, a downturn that was not exclusive to this area but to the whole country, which suffered the effects of a serious collapse in tourism after 2000, he said.

“What must be remembered, too, is that during this period of sustained decline travel and tourism operators in the area have been active in marketing the area to all source markets and it is to their credit that they have managed to keep going and to maintain a measure of tourism that is admirable, given the challenges they have faced,” Hwingwiri said.

He said Bulawayo had traditionally depended on self-drive tourism from within Zimbabwe and from neighbouring countries, particularly South Africa and Botswana, with visitors either using Bulawayo and the Matobo Hills as an end destination or as a stopover point while on tour to Victoria Falls and Hwange National Park.

Air links between Bulawayo and Harare, Johannesburg and Victoria Falls had also brought in visitors, he said.

“Unfortunately, the longstanding success that Bulawayo enjoyed with travellers arriving by train has not been continued during the past two or three decades, although indications are that efforts will be made to focus on steam train or luxury train travel in this region and I feel sure Bulawayo will benefit from that,” Hwingwiri said.

“I must also pay tribute to the Bulawayo Publicity Association, which — despite being seriously underfunded — has done a remarkable job in keeping the Bulawayo, Matobo Hills and surrounding areas in public focus.”

Hospitality Association of Zimbabwe president, Innocent Manyera, said there was need for proper documentation and marketing of tourist attractions in Bulawayo.
“Travel agents and tour operators need to be financed to kick-start marketing of the destination and its attractions.
“We must move from individual efforts to attract business but go a step further to combine efforts as a region (Bulawayo) to that effect,” he said.

“There is need to document and package all facilities in Bulawayo in order to have a total package of what is offered.
“Overall, there is excitement in occupancies.

“ZTA is confirming the first time we are comparable our figures to the 2009 ERA.

“There is growth in occupancies in the first quarter of the year,” he said.