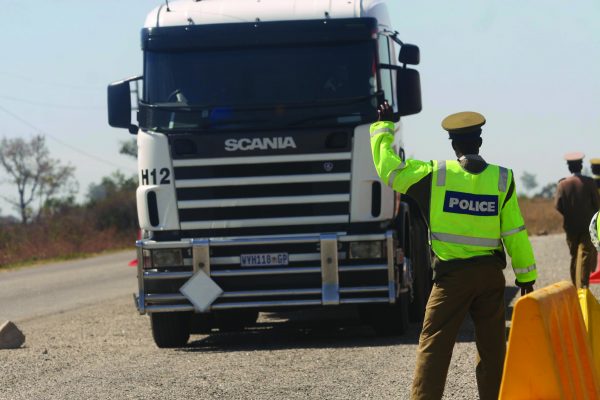 The Zimbabwe Passenger Association (PAZ) has bemoaned the reduced police presence on the roads, saying the vacuum has resulted in an upsurge in unlicensed drivers that contribute to the high rate of accidents.

Traffic police disappeared from the roads during the military takeover of government institutions that resulted in former president Robert Mugabe’s ouster in November last year.

In recent months, the police have been slowly returning to man roadblocks, but their visibility remains very low resulting in serious traffic jams in cities such as Harare.

PAZ president Tafadzwa Goliati said although the removal of roadblocks was a welcome development as they had become synonymous with corruption, the continued lack of police visibility was a cause for concern.

“It is really a challenge, as passengers we are living in danger,” he said.

“At least every 15 minutes, we are recording a traffic accident because of many problems that include vehicles that should not be on the roads, unlicensed drivers and bad driving, among other vices.

“This has largely been caused by the absence of police officers on our roads.”

Goliati said commuters were now at the mercy of kombi crews that often abused them because there were no police officers to protect them.

“Every corner is now a terminus and we have vehicles that are not roadworthy,” he said.

“These vehicles are getting involved in accidents and we as passengers are left exposed.

“Whenever there is an accident, passengers have no mechanism to seek redress as these operators do not have paper work for accountability.

“We have public service vehicles that do not have insurance cover and no one is monitoring that.”

“The police force should come back, but must be reformed. We want law officers who are professional and know what is expected of them,” he said.

“We want a police force that abides by the law, that is corruption-free and very respectful at the same time, while firm in policing.”

The Zimbabwe Republic Police was sidelined during the military takeover as its commanders were believed to be sympathetic to Mugabe.