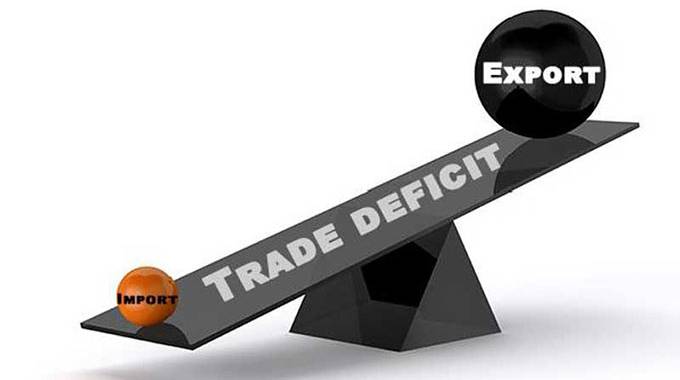 Michael Tome Business Reporter
ZIMBABWE’S trade deficit for the period February-May 2019 decreased by 71 percent to US$325 million from US$1,1 billion recorded in the comparative period in 2018, ZimTrade has revealed.

The development is attributable to a 32 percent decrease of total import bill which stood at US$1,6 billion from the US$2,3 billion recorded in the same period in 2018.

Total exports for the period under review amounted to US$1,3 billion, indicating a three percent increase from US$1,2 billion recorded during the same period last year.

Manufactured goods contribution to total exports, for the period under review showed a 61 percent increase to US$13.5 million in the period February-May 2019 from US$8 million recorded in the comparable period last year.

Exports of processed foods and beverages more than doubled to US$38 million from US$14million in February-May 2018, bringing the contribution of the sector to total exports up from 1,1 percent to 3 percent.

The increase has been credited to a sharp increase in sugar exports from US$3 million between February-May 2018 to US$23 million in the period under review.

Other products that contributed to an increase in exports in the processed foods and beverages sector include; vegetable fats, fruit juices, cereals and ground pepper.

Tobacco industry however showed positive performance in the period under review despite natural headwinds.

“Historically, contribution of the horticulture sector to total exports has fluctuated but for the period under review, it has been consistently low. The aggregate value declined from US$29 million in the period February-May 2018 to US$23 million in 2019.

The leather sector recorded a decline in value of exports to US$760 000 in 2019 from US$1,4 million between February-May 2018 attributable to the decline in the export of goat and bovine hides due to ante-mortem and post-mortem handling of hides and inability of the leather industry to produce high quality hides and skins which the export market demands.

Building and construction material exports recorded a 21 percent decrease to US$15 million between February-May 2019 from US$19 million in 2018.

The primary reason behind the decline can be noted as the shortage of power which affects production and the high costs associated with alternative sources of power such as electricity generators.