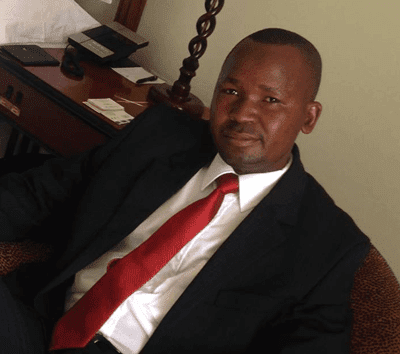 TRANSMEDIA chief executive officer Florence Sigudu yesterday appeared before the Prince Dubeko Sibanda-led Parliamentary Portfolio Committee on Information and Media where she was grilled over the issue of Zimbabweans being charged for DStv subscriptions in United States dollars when in other countries these are paid in local currency.

Sigudu told the committee that as a 20% shareholder in Multichoice Zimbabwe, Transmedia gets a monthly payment of US$30 000 as part of dividends from Multichoice. The committee, however, felt that DStv subscriptions should be paid in local RTGS dollar just like in other countries where local currency is used.

“We signed an agreement with our shareholders that every month we get US$30 000 from Multichoice as a dividend, instead of it being paid US$90 000 per quarter, and the arrangement was that we were being paid per quarter,” Sigudu said.

But Chiredzi East MP Denford Masiya asked Sigudu to explain why DStv continued to be paid subscriptions in US dollars after Statutory Instrument 142 (2019) directed that every transaction should be in local RTGS dollar.

“We requested DStv Africa that if they are being paid by local subscribers in US$ then our dividends should also come in US$. It is a chicken and egg situation,” Sigudu said.

The Transmedia CEO also told the committee that they were not remitting any dividends to government because institutions like the Zimbabwe Broadcasting Corporation (ZBC) that are supposed to pay fees to them and, other broadcasters were struggling to remit and, therefore, they had to rely more on the US$30 000 dividends from DStv to maintain the network and maintain tranmission equipment to continue running television and radio in the country.

Sibanda then asked Sigudu to explain why some subscribers to DStv decoders where failing to access ZBC transmission if they failed to pay DStv subscriptions.

“In terms of the law DStv is required to carry ZTV signals free of charge and to ensure that citizens that have DStv decoders can receive Zimbabwe Television (ZTV) signals whether or not they had paid their subscriptions. Multichoice is responsible for ensuring that access to ZTV is given to all who have DStv decoders.

“When they do not get transmission, viewers are advised to inform us and give us their decoder numbers so that we advise DStv that they do not have ZTV transmission. If they are switched off DStv, at least ZTV signals must remain,” she said.

She said Transmedia had asked ZTV to run adverts on their behalf to disseminate information that those that have no ZTV signals on DStv should report to Transmedia so that the situation can be corrected.

Sigudu also told the committee that there was still no board for Transmedia, adding that whenever they wanted decisions to be made they referred issues to the
secretary in the Information ministry.

The committee was not happy that the Transmedia board was being run by the secretary in the Information ministry and they ordered that a board must be instated
soon.

Newer Post
‘This is hell’: Zimbabweans say economy is worse than ever
Older Post
No one is above the law: Zacc