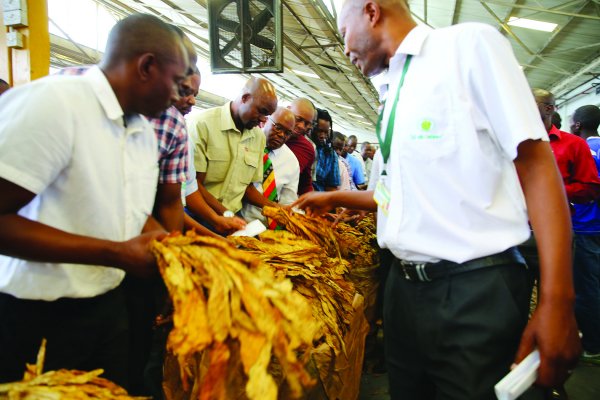 In its 2017/18 annual report, which was tabled in Parliament last week, TRB said hot and dry weather conditions prevailing in the country posed a challenge to tobacco growers as the season was characterised by poor rainfall patterns.

In the report, TRB general manager Dahlia Garwe said the late onset of the rains meant establishment of a rain-fed crop, which was also beset with difficulties, resulting in growers having to replant their crop several times.

“The season was characterised by poor rainfall distribution and this was particularly pertinent as over 85% of the Zimbabwean tobacco grower is a small-scale producer depending on rains,” Garwe said.

“When the rains eventually started falling around Christmas, they were accompanied by highly destructive winds and hailstorms which affected the early planted crop. January was particularly dry and hot, resulting in false ripening of some of the established crop,” she said.

Garwe said the situation was rescued by abundant rains that started falling in February, well into March.

“At Kutsaga, only 48mm of rainfall were received in January compared to 369mm at the same time in the last season. February saw 252mm of rain falling in the single month at Kutsaga, 290mm at Banket and 221mm at the Oriental Station.”

Garwe said the hot and dry conditions, followed by a cool wet weather, had introduced another problem of potato virus Y (PVY).

“The PVY outbreak was extremely severe and prompted the TRB to host a PVY indaba to interrogate the causes of the outbreak and measures to contain it, which resulted in recommendations that plant quarantine services should be allowed to play its role without fear or favour and that stiff penalties already provided for in the statutes be strictly enforced,” she said.