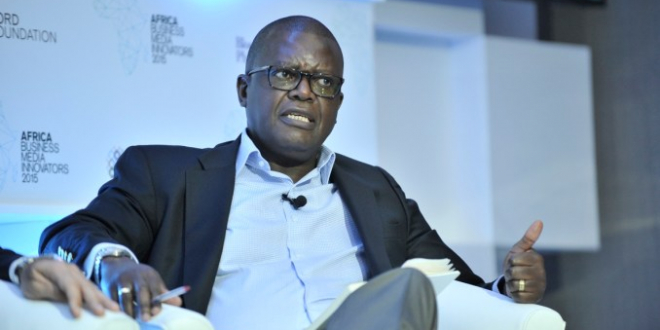 In a statement today, Ncube said urgent attention needs to be given to cases of police brutality which are increasingly reported daily. 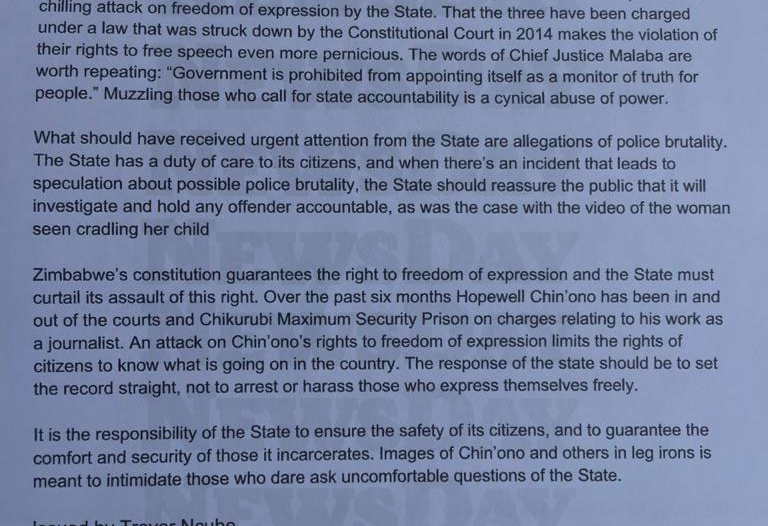 “That the three have been charged under a law that was struck down by the Constitutional Court in 2014 makes the violation of their rights to free speech even more pernicious.  The words of Chief Justice Malaba are worth repeating:  “Government is prohibited from appointing itself as a monitor of truth for the people.”  Muzzling those who call for state accountability is a cynical abuse of power,” Ncube said.

Meanwhile, the European Union and Danish Embassy in Zimbabwe have also condemned the Chin’ono’s arrest saying it is affront to democratic tenets and a manifest of selective application of the law in the country.

“The circumstances around the re-arrest of @daddyhope raise many questions about fairness, equitable application of rule of law and proportionality. We hope that he stays safe,” the EU said in their official Twitter account.

Chin’ono, an acclaimed investigative reporter, was arrested five days ago on allegations that he breached Section 31 (a) (iii) of the Criminal Law (Codification and Reform) Act, by posting a Tweet that falsely reported the death of a child after a physical assault by the police.