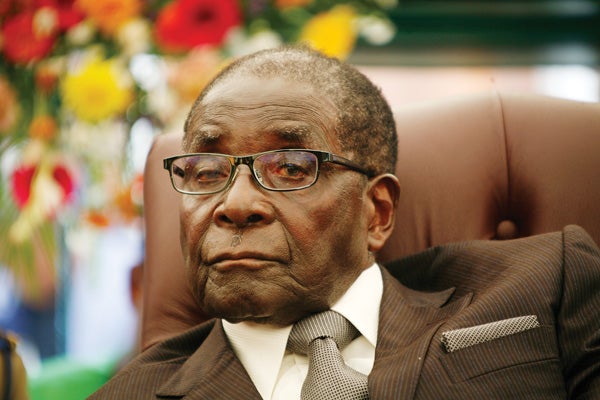 The whole nation is in mourning.

In fact, the whole world has been plunged into mourning following the death of Robert Gabriel Mugabe, Gushungo.

This is a person who was a national icon, a pan-Africanist and a global character.

After Joshua Nkomo, Solomon Mujuru and Oliver Mtukudzi, Mugabe will be the latest national hero to unify Zimbabweans.

Something that ED Lacoste can never dream of achieving in life and in death.

Other than the November 2017 misguided celebrations at Mugabe’s ouster, the Lacoste faction can now watch and be mesmerised by the power and effect of Mugabe.

They will see just how much Mugabe was revered in most parts of the country, particularly the Mashonaland provinces.

Of course, there are many who have questioned Gushungo’s credentials as a pan-Africanist given that he butchered thousands of fellow Africans all in a bid to preserve power.

Others will defend him by saying Mnangagwa, Shiri and Sekeramayi committed the atrocities in his name, but without Gushungo’s knowledge.

Others will question how the designer-suit-wearing former educationist and lover of cricket and all things English could have been a pan-Africanist.

Some have gone a step further by suggesting that he never put on any African attire except for designer suits although it can be argued that Zanu PF regalia can neatly fall into the
category of African attire.

A lot of neutrals have pointed out at the irony that Mugabe died in a foreign hospital seeking medical treatment after destroying Zimbabwe’s superior health, education and economic
infrastructure which was the envy of the world in 1980.

This happened to a man who had declared that: “In Zimbabwe I was born and in Zimbabwe I shall die.”

However, many have observed that it looks like those who betrayed him in November 2017 through the coup appear to be grieving more than the bereaved. Mourning more than the owners of
the corpse.

The death of Gushungo will have far-reaching consequences on the rule of ED Lacoste given the isolation that he and his faction members will experience at the funeral.

In fact, some like the former taxi driver, Matemadanda and Oppah, have reportedly already been banned from attending the funeral.

We all know that Gushungo’s death was speeded up by that “disgrace” in which he was toppled by people he believed were his friends and allies.

No matter how the issue of where Mugabe is finally buried will be settled, it will have very divisive implications on the ruling party and its leadership.

I have mentioned it before that the Lacoste faction needs to take a look at how real heroes of stature have somehow avoided being buried at the National Heroes Acre with ED presiding
over their burials.

People are holding their breath to see what happens when the body of Robert Mugabe arrives in Zimbabwe from Singapore.

If there was need for proof that Zimbabwe is being led by gangsters, the World Economic Forum gathering in South Africa provided just that.
While other normal countries like Rwanda and even the DRC were pulling out in protest due to the Afrophobia attacks, our own gangsters were already in Cape Town before the event
started.

Others were there to export violence, which ED Lacoste later backed up by suggesting the South African government should “use a bit of force” when dealing with its citizens.

Really? How can we export violence at that level?

Many were equally bemused to hear that the Zimbabwean delegation which had arrived in a very expensive plane and can’t feed itself was busy hosting dinner meetings in Cape Town.