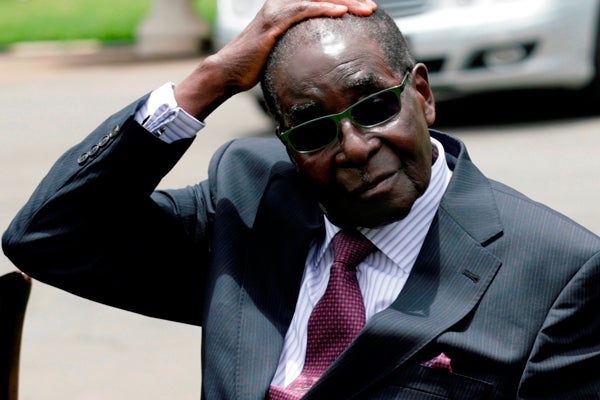 EDITORIAL COMMENTThe late Robert Mugabe leaves behind a very complicated legacy.Mugabe, who died at a Singapore hospital in the early hours of September 6, is being eulogised by some as an icon of the liberation struggle while others are mourning about dreams crushed by his ruinous policies.

The fact that the former president died in foreign lands is testimony of the collapse of the country’s health delivery system that happened under his watch.

He died on the second day of a strike by doctors at public hospitals who are protesting against poor working conditions and meagre salaries.

Mugabe spent at least five months at the Singapore hospital where he received the best care yet back in Zimbabwe people are needlessly dying due to an acute shortage of medicines.

At independence in 1980 former Tanzanian president Julius Nyerere had some good advice for Mugabe. Nyerere famously said: “You have inherited a jewel in Africa, keep it that way.”

Mugabe, however, went on to trash the “jewel” and Zimbabweans have endured almost two decades of economic problems that were caused by his ruinous policies.

After his heroic role in liberating his countrymen, the Zanu PF leader did not take long before he started aping the colonial leaders in suppressing his own people.

Thousands were killed in Matabeleland and the Midlands in the early years of independence as Mugabe violently pursued his dream of a one-party state.

Brutal repression against the opposition and any critical voices became the hallmark of his rule. The economy was sacrificed so that Mugabe could rule forever.

He was eventually ejected by his lieutenants in a military coup in 2007 after fumbling his succession and allowing his ambitious wife to take an increasingly prominent role in Zanu PF
politics.

Mugabe left the economy in ruins and a country divided by political loyalties.

He nurtured a clique that firmly believes that it is ordained to rule the country exclusively and this worrying culture is evident in the new administration, which does not tolerate
dissent.

As Zimbabwe and indeed the world mourns Mugabe, we need to seriously reflect on his legacy with the objective of learning from the grave mistakes that he made.

Zimbabwe needs to urgently move on from Mugabe’s legacy of authoritarianism and a lethargic government that left the economy to rot while pursuing politics of self-aggrandisement.

President Emmerson Mnangagwa, who was a key member of Mugabe’s successive governments since independence, still has a chance to redeem his own legacy by steering the country towards
prosperity.

He has to start by ensuring that Zimbabwe becomes a country that respects human rights and its own constitution.

Repeating Mugabe’s mistakes at this stage will prove too costly and might leave the country at a point of no return.