Trump Calls Africa and Haiti “Sh**hole” Countries, Says Why Are They Allowed To Enter USA?

United States president Donald Trump has caused a stir after he referred to Haiti and African countries as “s***hole countries.” 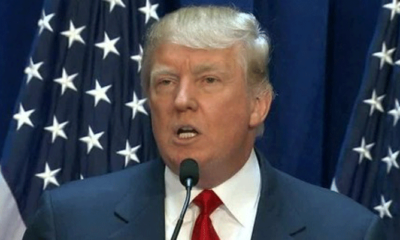 The Washington Post and CNN television have confirmed that Trump truly said: “Why are we having all these people from s—hole countries come here?”

The White House attempted a rebuttal however saying Trump is fighting immigration. It said in a statement:

Certain Washington politicians choose to fight for foreign countries, but President Trump will always fight for the American people. The President will only accept an immigration deal that adequately addresses the visa lottery system and chain migration — two programs that hurt our economy and allow terrorists into our country. Like other nations that have merit-based immigration, President Trump is fighting for permanent solutions that make our country stronger by welcoming those who can contribute to our society, grow our economy and assimilate into our great nation. He will always reject temporary, weak and dangerous stopgap measures that threaten the lives of hardworking Americans, and undercut immigrants who seek a better life in the United States through a legal pathway. – VOA