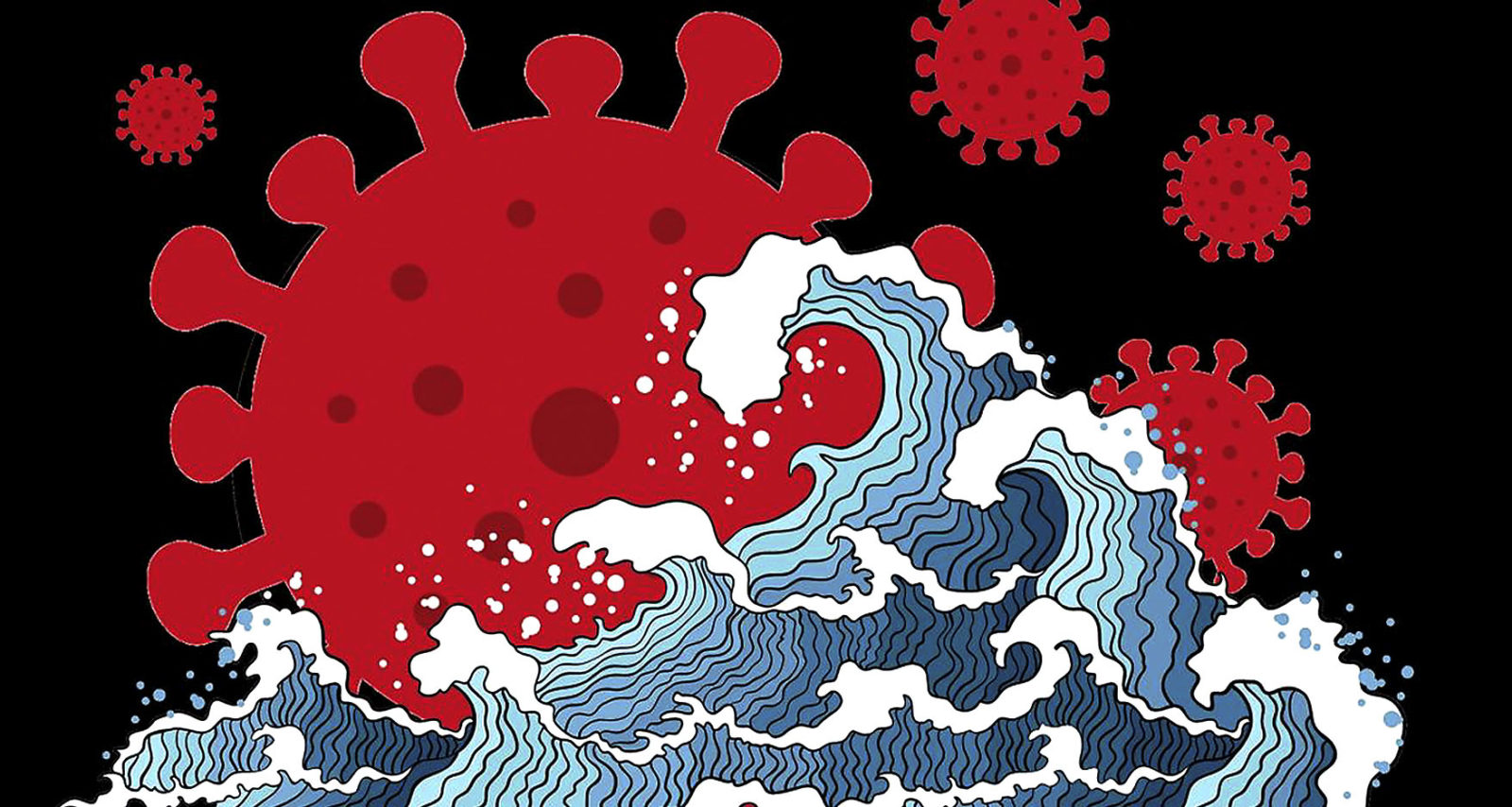 The third wave of Covid-19 is upon us, and social media in Zimbabwe is awash with death messages and condolence messages.

Our small town of Gwanda seems to be particularly hard hit by the third wave of Covid-19. The Ministry of Health says that for every 100 people tested for Covid-19 in Gwanda, one in four tested positive.

Gwanda Provincial Hospital is too small to handle such high numbers. In addition, the hospital has no capacity to treat anyone adequately, because of a lack of medicine and equipment.

On 18 July @mazvitacata posted this about Zimbabwean hospitals on her timeline:

“One thing I will never get used to is death and losing a loved one. I hate the Zimbabwean government with a passion they have blood on their hands due to their incompetence. They take themselves to European and Asian hospitals while they leave Zimbabweans to suffer.”

On Tuesday there were 2,705 new positive cases and 62 recorded deaths in the country. But Zimbabweans believe those statistics are not reflective of the reality on the ground. They suspect that many Covid-19 deaths are going unrecorded.

A Twitter user based in Bulawayo, @zibusisoe, posted this on 21 July:

“Namuhla ngiyafutha shem [today I will do steam inhalation] first time ever since this whole shit began and am gurgling with vinegar before I sleep. Am shook at the rate people are dying yooooooh and it’s multiple deaths per family 💔Anything else yini bazalwane that I might add onto this routine 😬”

Another user, @Van_Vodloza, based in rural Gwanda, responded with this:

“Bra gwanda rural is bad and its funerals that are the super spreaders , imagine 3 brothers in one week its trash.”

Zimbabweans are alarmed by the fact that Covid-19 is killing multiple family members in many cases.

A few weeks ago, Trevor Ncube, media mogul and adviser to President Emmerson Mnangagwa, lost his mother, father and a niece to Covid-19, one after the other. This is the devastation Zimbabwean families are battling with in the third wave.

In Matabeleland South province, many senior civil servants are said to be down with Covid-19. Zimlive.com reported that the Minister of State for Matabeleland South, Abednico Ncube, tested positive and was last seen in public in June. It said the absence of the minister at the funeral of Zanu-PF chairperson Rabelani Choeni, who himself succumbed to Covid-19, was conspicuous.

While all this is happening, the government is frantically going out of its way to get as many people as possible vaccinated. On Tuesday it announced that it would give vaccines to private hospitals and private clinics in infection hotspots.

Private doctors and nurses will be allowed to charge a government-stipulated fee to administer the vaccines. Some Zimbabweans complained that this was tantamount to the government selling donated vaccines, but others welcomed the move, saying it would help decongest vaccination queues, which are themselves potential superspreaders.

The presidential spokesperson, George Charamba, posted a lengthy thread on Twitter on Tuesday accusing the MDC of having been given 500,000 doses of vaccines by the US embassy in order “to checkmate the goodwill that has accrued to Zanu-PF through a… public vaccination programme”.

Charamba said the only vaccines approved in Zimbabwe were the Chinese, Russian and Indian ones and Zimbabwe would not be accepting any Western vaccines.

The spokesperson of the MDCA, advocate Fadzai Mahere, responded by warning Charamba and Zanu-PF to stop playing vaccine politics. She said:

“I repeat: the MDC Alliance has not received vaccines from any person or organization. It’s a matter of regret that Mr Charamba continues to act in this disgraceful manner. He is telling lies & playing politics with people’s lives instead [of] focusing on curbing vaccine hesitancy.”

In early July the Zimbabwean government rejected a donation of three million doses of the Johnson & Johnson vaccine. The Permanent Secretary in the Ministry of Finance, George Guvamatanga, gave the excuse that Zimbabwe had no storage facilities for the vaccines. Proving that indeed, the government was playing vaccine politics with people’s lives, a few days later, it accepted a donation of two million Sinovac doses from China.

These geopolitical games are unfortunate as many unvaccinated people are dying.

I toured several facilities in Bulawayo that have been involved in vaccinations: Princess Margaret Rose Clinic, Northern Suburbs Clinic and the Masca offices. I was concerned by the long queues and lack of social distancing. Also of concern was the fact that vulnerable individuals like the aged and people living with disabilities were in the same queues as everyone else. Some facilities, for example Masca, later gave priority to the aged, but only after opening their doors. This was a little too late in my opinion as most people would have been in the queue from as early as 6am.

That said, it seems the vaccination uptake is increasing phenomenally as all the centres I visited reported and showed evidence of being overwhelmed with people seeking vaccines. By Wednesday, according to the Ministry of Health, almost 1.3 million people had received their first dose. With the government opening up more centres for vaccination, the number should surely increase rapidly. Hopefully, the vaccines will not run out.

A video of a doctor based at St Anne’s Hospital encouraging people to prevent infection did the rounds on social media this week. He said:

“Today has been a very difficult day, it feels like a bloodbath. There’s a very common thread in the patients we are losing: they have not been vaccinated. Literally since morning, it’s been death upon death with the same situation: late presentation, inappropriate care for too long and by the time they come in they are not able to be saved.”

In our usually divided country, the message to Zimbabweans from all corners is unanimous and clear – stay at home, practise social distancing, wash your hands and, above all, get vaccinated. DM/MC