Two armed robbers gunned down, 4 on the run

Source: Two armed robbers gunned down, 4 on the run | The Herald

The bullet riddled Honda Fit and the recovered firearm

Thupeyo Muleya Beitbridge Bureau
Two armed robbers were on Tuesday morning shot, one of them fatally while speeding off from a security checkpoint.

The suspects are believed to be part of a six-man gang that robbed a Chiredzi businessman and his wife of Us$1000, R8000, an assortment of cellphones, a Toyota Prado and a Nissan Caravan on Monday evening. 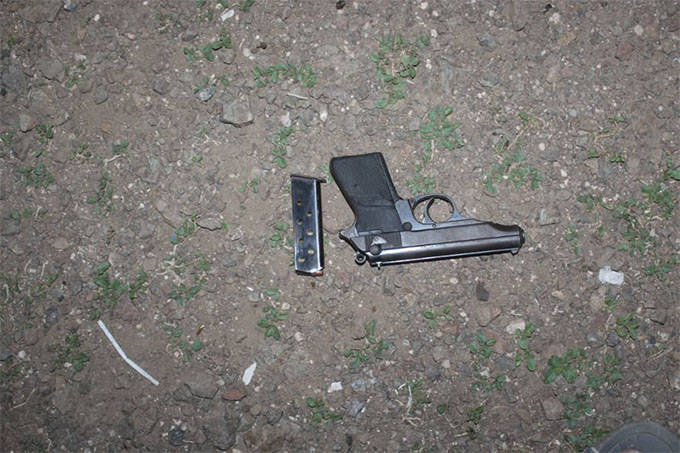 He said the suspects were believed to be operating between Beitbridge and Musina.

“The matter is now under investigation,” said Asst Comm Nyathi.

He said after the shoot out one, Zakaria Ncube (41) of Lower Gweru who also operates in Musina and Beitbridge was now recovering from bullet wounds at Beitbridge Hospital under police guard.

The other unidentified suspect, he said, was found dead in the bullet-riddled Honda Fit (AFL 9425), at Mdau Business Centre in Beitbridge on Tuesday evening