LEAKED government documents this week confirmed that buses initially said to belong to Zimbabwe United Passenger Company (Zupco) were imported by a private company Landela Investments (Landela), before being sold to the government enterprise at exorbitant prices. 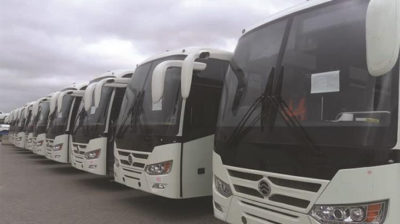 In March, the Zimbabwe Independent, following a three-month investigation revealed that a total of 125 buses purportedly acquired by Zupco were in fact bought by Landela.

Landela is an investment vehicle linked to President Emmerson Mnangagwa’s adviser and Sakunda Holdings boss Kuda Tagwirei, whose tentacles stretch across a vast spectrum of the economy.

It was one of five companies whose accounts were frozen by the Reserve Bank of Zimbabwe (RBZ) in September last year as the central bank battled to suppress illegal foreign currency trading on the parallel market, before the suspension was lifted under a cloud.

Leaked government correspondence that has been circulating on social media this week shows that Landela has sold 162 buses to government at a profit of US$154 000 per bus. The Dragon buses have a 64-passenger capacity including the driver and each bus costs US$58 900.

The Independent has also learnt that Landela Investments paid only 20% for the imported buses with the 80% balance payable a year after delivery. The buses were bought through a dealer, FAW Zimbabwe, which has offices in Harare.

“We are in receipt of communication from the Minister of Local Government and Public Works, as well as CMED (Pvt) limited requesting for variation of payment arrangements for the 162 buses procured by government from Landela Investments (Pvt) Ltd,” the leaked government document signed by Finance minister Mthuli Ncube and Permanent Secretary George Guvamatanga read.

“Landela has a hire purchase agreement with CMED for the supply of 162 buses valued at ZW$863,2 million. To date CMED has paid ZW$132,4 million leaving a balance of ZW$730, 8 million. The purchase agreement has been instrumental in reducing the hire cost under the mass transport system . . .”
Although Ministry of Information, Publicity and Broadcasting Permanent Secretary Nick Mangwana denied Tagwirei’s involvement in Landela, the company is a subsidiary of commodity trading firm Sotic International Ltd and it is the company through which Tagwirei acquired shares in Russian-Zimbabwean platinum joint venture Great Dyke Investments.

Tagwirei, through his company Sakunda Holdings, was also heavily involved in the Command Agriculture scheme where close to US$3 billion in public funds has not been properly accounted for as exposed by Auditor-General Mildred Chiri’s 2018 report.

Government initially said Sakunda was financing the scheme that began in 2016, but it later turned out it was largely taxpayer-funded. Mnangagwa, who was Vice-President in 2016, was tasked with implementing the controversial programme and his close allies were the main beneficiaries.

Senior officials from the Lands, Agriculture, Water and Rural Resettlement ministry, namely Permanent Secretary Ringson Chitsiko and the ministry’s finance director Peter Mudzamiri, revealed that the US$3 billion cited in Chiri’s 2018 report never reached the ministry. Records to show how the funds were utilised are also not available.

The two officials in July last year told the Public Accounts Committee that the US$3 billion was never documented and hence cannot be accounted for. The funding disappeared through the system and the authorities were clueless on how the money was used. However, Sakunda chief operations officer Charles Chitambo, appearing before the Parliamentary Public Accounts Committee in March, denied the company abused any funds saying it only received US$1,010 billion between June 2016 and May 2019 for the command agriculture programme and not US$3 billion.

He also denied state capture allegations saying: “At Sakunda, we do not feel that we have captured the State. We only feel that we have used our best skills to respond to a national request to revamp the grain situation in this country. We believe we responded to the list of suppliers used by the Agriculture ministry and worked within the price parameters. One does not capture the State, but they do the best they can to address the challenges.”

Tagwirei is also a major player in the fuel industry through Sakunda Holdings.In a bid to ease public transport woes, which worsened when the fuel shortage set in, government resuscitated Zupco. Reviving the embattled parastatal was also dependent on the acquisition of buses for the company. The Landela fleet of buses is part of a consignment of 1 000 buses ordered from China and 500 from Belarus.

In January this year, Mnangagwa went on a Eurasian trip which included Russia and Belarus with government officials and tycoon Tagwirei. In an October 31, 2020, state media report, the 66 buses from China were said to be a product of agreements signed during President Mnangagwa’s visit to China.