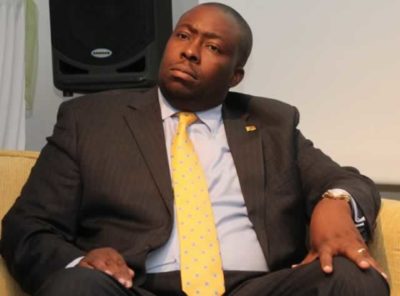 The exiled politician says the illegal takeover of the farm has scuttled a US$5 million investment deal with a Dubai-based tycoon. Mazowe district war veteran’s chairperson Ephanos Mudzimunyi took control of 130 hectares of the farm in March, claiming he was allocated the piece of land by Lands, Agriculture, Water and Rural Resettlement minister Perrance Shiri.

This prompted Kasukuwere to file an urgent High Court chamber application challenging the government’s decision to expropriate part of the farm.
The High Court ruled in his favour, but this has not stopped Mudzimunyi from harvesting export quality oranges on Lot 2, the best part of the vast estate running parallel to the perennial Mazowe River.

During a visit to the farm last week, the Zimbabwe Independent found Mudzimunyi and his hired workers busy harvesting the fruit and packing them in pockets of roughly 15kgs.

He has also taken over the water pump and farm workers’ vegetable gardens.The farm workers told the Independent this week that, on Monday, Mudzimunyi brought a 30-tonne truck to ferry oranges for sale at Mbare fresh produce market in Harare, but they were struggling to sell as they were loaded without the proper grading and sorting required by the market.

“They brought a huge 30-tonne truck here and ferried oranges to Mbare but we have followed up and realised they have not found it easy on the market. These are people who know nothing about oranges. They are packing them without any grading or sorting and now they are stuck there with the fruits,” a senior farm worker who spoke on condition of anonymity said.

In an interview from his base in South Africa, Kasukuwere said the US$5 million investment deal was supposed to see the citrus section of the farm substantially expanded by about three times to allow for the production of more export quality fruit.

He said apart from the loss of the investment opportunity, the farm has also lost its export market as a result of the invasion while operations at the farm have stalled.

Kasukuwere also alleged there is a plot involving the government to destroy his business.“We have been a net exporter of oranges since 2000, but as from November last year, the RBZ denied us an export licence which you require for all exports. We think this is a systematic plot to destroy the enterprise because no reason was given at all in denying us the licence,” he said.

“We had an investor from Dubai who wanted to bring in US$5 million to allow us to expand the citrus project and increase our export capacity and earn the country the much-needed foreign currency. Plans were also on the ground to add more varieties of oranges and we were in negotiation with a company in Mpumalanga province in South Africa for that arrangement.

“We were also looking at how we can improve the water supply to improve the irrigation capacity and set up a solar power system to because of the erratic electricity supply. All that has now come to nought. The Dubai investor came and spent 10 days at the farm in January exploring the area and had been greatly impressed by the potential. Going forward, he had said he would want to also include other farmers into the project and this would turn the whole of Mazowe Valley into an export hub. But since that invasion, he has become very edgy.

“I wonder what sort of country we have become which promotes such lawlessness. The government speaks about opening the country for business and courting foreign investment, but on the ground they do the opposite.

“This thing also came at a time when we are in the process of servicing our 99-year lease which would have really encouraged the investors. Certainly, they won’t come anymore.”

Mudzimunyi declined to comment.“You come here pretending to be nice people but once you leave you go and write nonsense. I am not going to talk to you,” he said.

Shiri wrote to Kasukuwere in November last year informing him that government had decided to downsize his farm as it was too big and would allocate the 130 hectares to Mudzimunyi.

However, there have been concerns that the move was part of President Emmerson Mnangagwa’s efforts to victimise political opponents.

Kasukuwere was a key member of a Zanu PF faction known as G40 which was bitterly opposed to Mnangagwa. The faction was targeted for decimation in the November 2017 military coup which catapulted Mnangagwa to power and saw Kasukuwere and others fleeing to exile.

He briefly returned to the country in 2018, but left soon afterwards after being subjected to a series of arrests.

The farms of his other former G40 colleagues, Jonathan Moyo and Patrick Zhuwao have also been targeted.