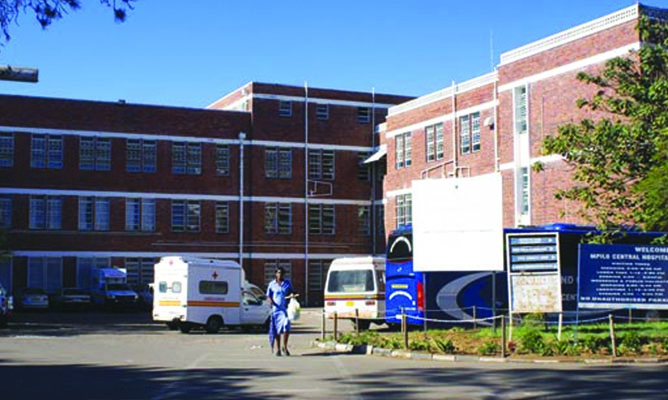 UBH is the most affected by the health workers’ strike in its fourth week as it has been deserted by the entire nursing staff except supervisors and four registered nurses (RGNs) seconded by the Zimbabwe Prisons and Correctional Services.

Mpilo is reportedly working with a skeleton staff.

UBH is considering discharging all patients and attending to emergencies only.

UBH chief executive officer, Narcissus Dzvanga yesterday confirmed the situation and painted a gloomy picture of the state of affairs at the health institution.

“Yes. That’s true. It’s multifactorial ranging from the industrial work withdrawal, quarantine, flexi-working hours, transport issues, fear of the COVID outbreak and the rise in the Bulawayo statistics. This is very, very sad and unprecedented. We got just four RGNs from Zimbabwe Prisons and Correctional Services and expecting a few from the Zimbabwe National Army as well,” Dzvanga said.

He appealed to Red Cross and St Johns and other nursing agencies to send volunteers to help with menial duties.

“These have to be inducted on the COVID-19 bio-hazard before they even get to the wards. The hospitals have become like a lion’s den so to speak. We do have sufficient personal protective equipment, but need to replenish these frequently. The hospital is now going to discharge all the stable patients and attend to emergencies only,”he said.

Similar sentiments were echoed by Mpilo acting CEO Solwayo Ngwenya who said they were trying hard to save lives.
“We have been giving service with about 50% attendance for some weeks now. Nurses are stretched, but really trying very hard to save lives. We are very grateful to those who are coming to work,” Ngwenya said.

Affected staff members were placed in self-isolation at home after a man admitted to the hospital tested positive for COVID-19.

The exact number of health workers who came into contact with him has not been established.

Recently, 68 health workers at the hospital were forced to self-isolate after a 79-year-old woman who tested positive died at the referral facility.

Last month, 14 nurses at Mpilo, who were part of 197 isolating at home, tested positive to COVID-19 after coming into contact with infected patients.