UK, China reach out to Zimbabwe 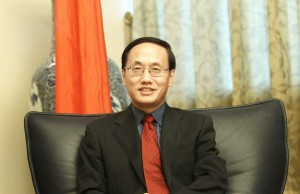 Beijing has emerged as one of Zimbabwe’s most important economic partners, but ties had grown a little frosty during former president Robert Mugabe’s last years, with China growing frustrated by Harare’s inability to service its debts.

Zimbabwe’s relations with Britain, meanwhile, have been fraught since 2000, when Whitehall spearheaded sanctions against the Mugabe government over allegations of election violence and fraud as well as violent land seizures.

Upon his return to the UK, Stewart expressed hope for the mending of relations between Britain and her former colony.

“We’re now at a situation in Zimbabwe where there could be an opportunity for progress, so I went to listen and to learn,” Stewart said in a statement issued by the FCO.

“If we’re patient and if we’re careful, this can be a moment of change where Zimbabwe becomes the country its people and its many international friends want it to be.”

Yesterday, British foreign secretary Boris Jsohnson weighed in, tweeting along with a picture with Zimbabwean diplomat Tadeous Chifamba: “Encouraging discussion with Zimbabwean delegation at the #AUEUSummit. They are committed to building on the positive momentum of (the) last few weeks and to take the democratic path to prosperity and stability.”