The UK government says it will offer up to £2 million to help remove landmines in the country. 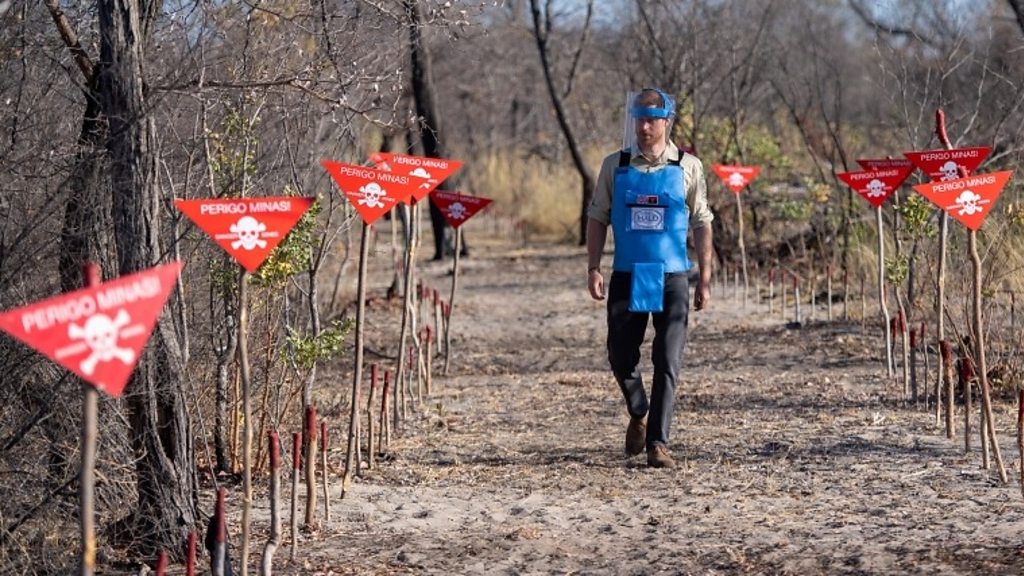 Prince Harry: “Landmines are an unhealed scar of war”

The UK will give Zimbabwe up to £2 million to help remove landmines after the Duke of Sussex backed the cause on his recent tour of Africa.

The government said it would match public donations to the Halo Trust’s Zimbabwe appeal.

Prince Harry followed his mother Diana, Princess of Wales, by wearing body armour and a protective visor on a visit to a minefield in Angola.

The Zimbabwe appeal aims to help 3,000 people get access to safe land.

Prince Harry’s visit, which was part of a tour of southern Africa with his wife Meghan, the Duchess of Sussex, highlighted the ongoing threat of land munitions.

Last month, he visited the same place in Angola as his mother Diana, whose trip in 1997 helped focus calls on world leaders to ban the weapons.

“Landmines are an unhealed scar of war. By clearing the landmines we can help this community find peace and with peace comes opportunity,” he said.

“Their devastation lasts long after conflict has ended.”

The Halo Trust aims to clear 105,600 square metres of land in Zimbabwe in a year which, the charity said, will help more than 3,000 people get access to safe land which is vital for producing food and creating jobs.

Some 1,600 have lost their lives due to landmines since the war in the region ended in the 1980s, the government said.